The four companies jointly established CLS and Central LNG Marine Fuel Japan Corporation (CLMF) in May of this year to launch the LNG Bunkering Business in the Chubu (central) region of Japan. The LBV will be owned and managed by CLS, and LNG will be supplied to end-users through CLMF. 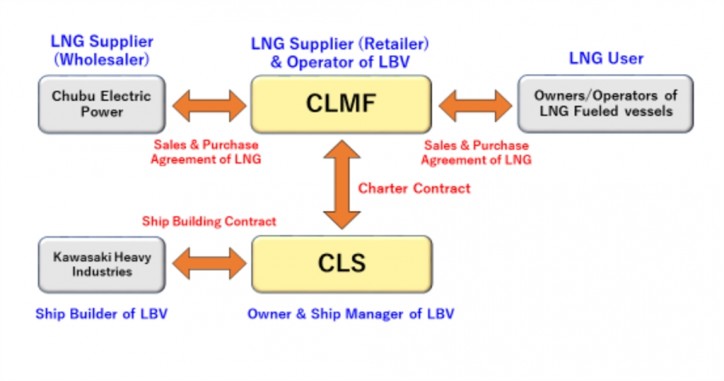 Compared to heavy fuel oil, the use of LNG can reduce emissions of sulfur oxides (SOx) and particulate matter (PM) by approximately 100%, nitrogen oxides (NOx) by as much as 80%, and carbon dioxide (CO2) by approximately 30%.