Recently the m.v. Taagborg arrived at Deception Bay in Canada after a voyage with several port calls for loading and discharging big bags and wind turbine components. 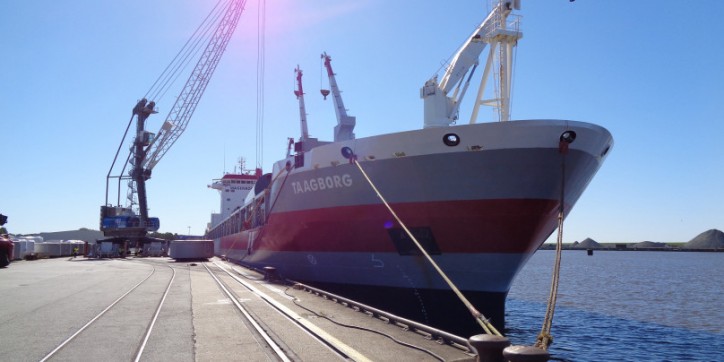 First of all, the Taagborg was loaded with big bags in the Turkish ports of Derince and Zonguldak. Secondly, in the Dutch port of Eemshaven more big bags were loaded. In total, the Taagborg carried now 12.000 big bags.

During her stay in Eemshaven, the Taagborg received the Polar Certificate. Also, the vessel was prepared for the next loading operation, which was planned a few miles ahead in the port of Emden. In this German port, several wind turbine components were loaded in the tween decks and on deck. Fully loaded, the ice-classed vessel left Emden for an Atlantic crossing. 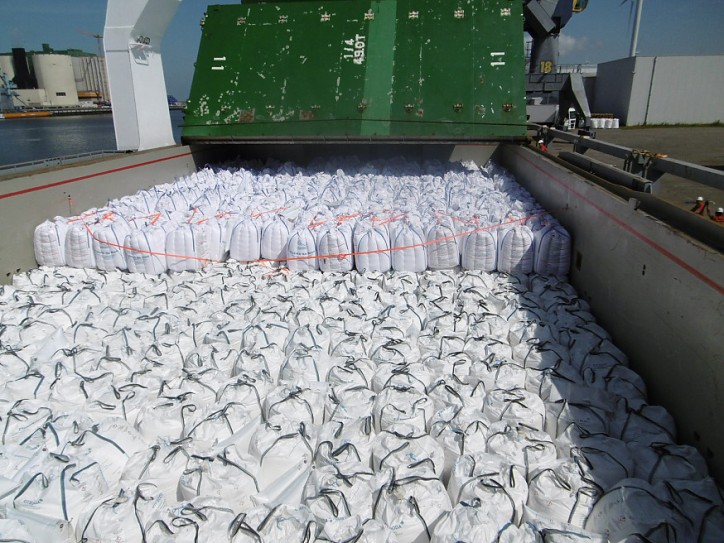 The first stop on her way was Reykjavik to pick up an ice navigator. This ice navigator boarded the Taagborg for navigation assistance in Canadian Arctic waters. Although it is summer, the Hudson Strait, where Deception Bay is located, is still heavily infested with ice up to 2 meters and several icebergs. However, with good cooperation between all the crew and the valuable assistance of the ice navigator, the m.v. Taagborg arrived safely at Deception Bay. Here, 8.000 big bags and all wind turbine components will be discharged. The last big bags will be discharged in Goose Bay.

When the vessel is empty again, she will be loaded with 19.500 tonnes of concentrates and set direction back to Antwerp / Rotterdam. 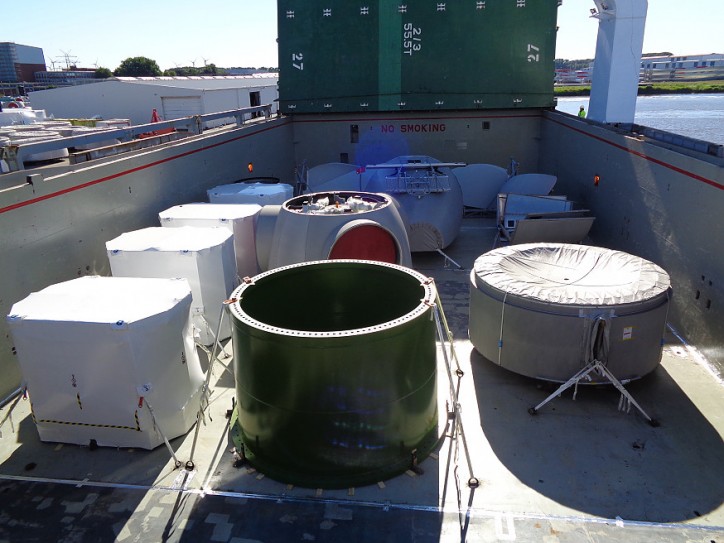 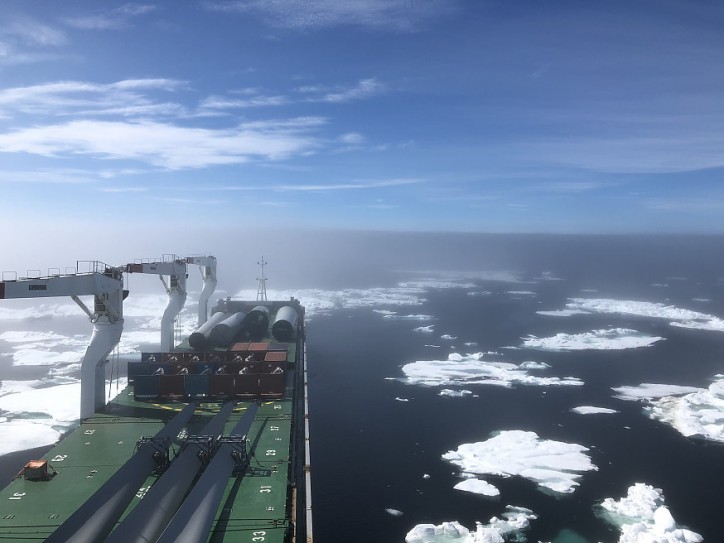