Port Amsterdam: Possibility of special passage regime at sea lock due to drought

The National Water Distribution Committee has issued a request for measure scenarios to be formulated, with the aim of limiting saltwater intrusion via the locks at IJmuiden as a result of the drought in the Netherlands. These scenarios are currently being developed. One possible option is to introduce a special passage regime, whereby filling the locks when empty will be limited as far as possible. 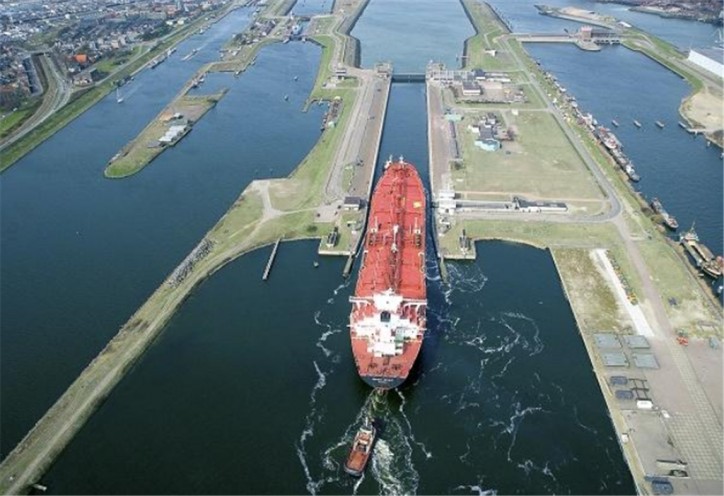 The salt content in the Amsterdam-Rijn canal may become too high if the drought continues (and the inflow of fresh water is too low). This will also cause problems for drinking water. If this happens, usage of the locks will have to be restricted.

There are then three potential scenarios to limit saltwater intrusion.

If water shortages occur, the National Water Distribution Committee makes an allocation of the available national water across the sectors that depend on water, which include agriculture and horticulture, the shipping sector and environmental management. The Committee advises the Directorate-General for Public Works and Water Management. Port of Amsterdam is studying the various scenarios with the Directorate-General and will issue further information as soon as it becomes available. If the restriction scenario comes into operation, we will use our experiences with the shoaling of the Noordersluis lock in 2015 as a guide.