Keppel Offshore & Marine Ltd (Keppel O&M) has through its wholly-owned subsidiaries secured two contracts with a combined value of about S$70 million.

In Brazil, Keppel FELS Brasil Ltda (Keppel FELS Brasil) has been engaged by its long-standing customer, MODEC Offshore Production Systems (Singapore) Pte Ltd., part of the MODEC, Inc. group (MODEC), to undertake the topside module fabrication and integration of the FPSO Carioca MV30, a Floating Production Storage and Offloading vessel (FPSO). This is the sixth FPSO collaboration between Keppel FELS Brasil and MODEC. 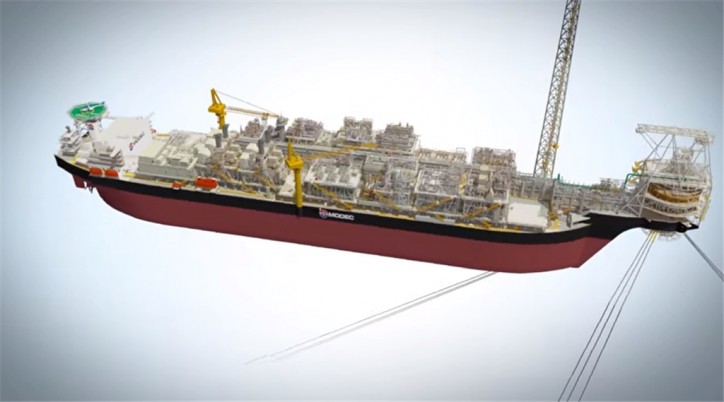 In Singapore, Keppel Shipyard Ltd (Keppel Shipyard) has been entrusted with the conversion of a LNG Carrier to a Floating Storage and Re-gasification Unit (FSRU) by a leading global operator of oil and gas production vessels.

Mr Chris Ong, CEO of Keppel O&M, said, "Keppel O&M has a strong track record in production, storage, gasification or liquefaction vessels, having successfully delivered more than 130 of such units over the years.

"FPSO Carioca MV30 is our 11th FPSO project for Brazil, and as the most-established shipyard in Brazil, BrasFELS is well-positioned to deliver it to Keppel O&M's hallmark of executional excellence. Meanwhile, for Keppel Shipyard, this is our fourth FSRU conversion contract and is part of our comprehensive suite of solutions for the gas value chain."

BrasFELS shipyard, Keppel FELS Brasil's facility in Angra dos Reis, Rio de Janeiro, Brazil, will commence the fabrication of the modules for the FPSO in 4Q 2018.

The FPSO will be deployed at the Sepia field, which is located in the pre-salt region in the Santos Basin, some 250 kilometres off the coast of Rio de Janeiro, Brazil.

Mr Sateesh Dev, President & CEO of MODEC Pte Ltd., said, "Brazil continues to grow its production capacity to tap its significant oil and gas reserves. MODEC is committed to support the nation's energy aspirations, and are glad to have a good partner in Keppel Group to support us in this journey. Indeed, BrasFELS has been our choice shipyard in Brazil because of their reliability, cost-efficiency and capability to meet our needs."

For the FSRU conversion project, apart from repair and life extension works, Keppel Shipyard will undertake shipyard engineering, installation and integration of the regasification module and upgrading of the cargo handling system. Scheduled for delivery at the end of 2018, the FSRU will be capable of re-gasifying up to 750 million metric standard cubic feet of natural gas per day.

Keppel Shipyard has previously delivered three FSRUs, including the world's first FSRU conversion. With the increase in demand for LNG in power generation, FSRUs are a fast, flexible, cost-effective, safe and environmentally-friendly storage and regasification solution that is well suited for deployment in remote areas with smaller energy requirements. The world's first converted FLNG vessel, Hilli Episeyo, has achieved final acceptance and commenced commercial operations for Perenco in Cameroon. This was accomplished within four years of the contract award to Keppel Shipyard.

The above contracts are not expected to have a material impact on the net tangible assets or earnings per share of Keppel Corporation Limited for the current financial year.