Samsung Heavy Industries Co., the world's third-biggest shipbuilder by sales, swung to a net loss in the second quarter from a year earlier on increased costs and one-off losses, the shipbuilder said Monday.

The company said in a regulatory filing that it posted a net loss of 142.7 billion won (US$126 million) in the three months that ended on June 30 compared with a net profit of 22.7 billion won a year earlier. 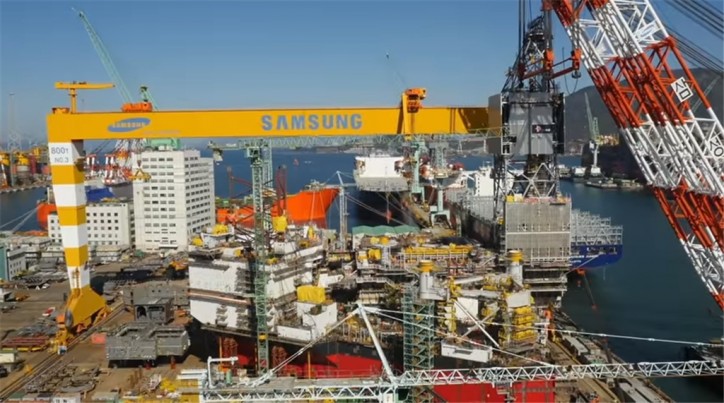 The company said increased fixed costs and losses stemming from a delay in the delivery of a drillship to Ocean Rig cut into its quarterly bottom line.

Sales fell 41.4 percent to 1.34 trillion won over the cited period.

In December, Samsung Heavy said its operating losses in 2018 could narrow to 240 billion won from an estimated 490 billion won in 2017.

South Korean shipbuilders have struggled with an oversupply of vessels and declining orders since the 2008 financial crisis.

Also Monday, Samsung Heavy said it has clinched a US$370 million deal to build three special-purpose ships for a shipper in North America.

The company said it is set to deliver the vessels to the client by December 2020. Samsung Heavy declined to identify the client and the nature of the special-purpose ships.

Samsung Heavy said it has received US$2.9 billion worth of ship orders for 29 vessels so far this year.