Wison Offshore & Marine (Wison) and Western LNG LLC (Western) announced Friday that they have entered into a Technical Service Agreement (TSA) in relation to a new floating liquefied natural gas (LNG) project that Western is developing in British Columbia, Canada. Pursuant to the TSA, Wison will develop the basis of design (BOD) and carry out front-end engineering design (FEED) for the proposed FLNG to be sited at the proposed facility. Western has also agreed to the appointment of Wison as the EPC service provider for the floating liquefaction plant upon project FID. 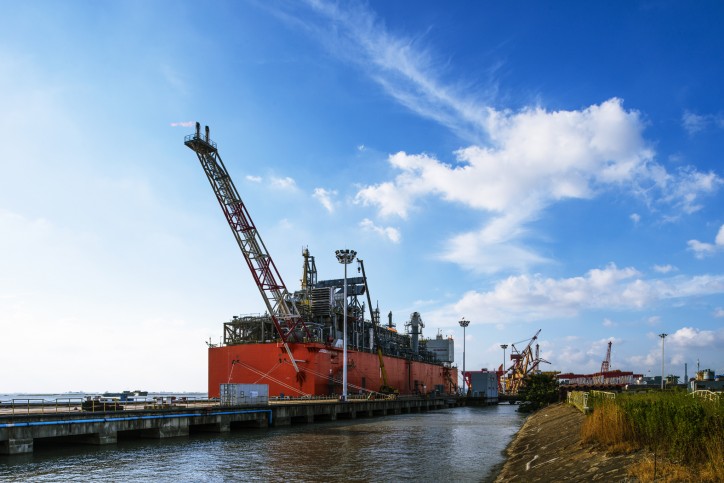 Under the terms of the TSA, Wison will provide a cost competitive FEED package utilizing its experienced in-house design team and execution methodology that has been optimized based on the successful delivery of the Caribbean FLNG. The FEED is expected to be completed in less than 40 weeks after the BOD is finalized.

Western’s initial project in British Columbia, Canada will bring abundant, low-cost Canadian natural gas from the Montney, Horn River, and other Western Sedimentary Basins to rapidly growing markets in northeast Asia. The company’s development activities are supported by certain funds managed by affiliates of Apollo Global Management, LLC (together with its consolidated subsidiaries, “Apollo”) (NYSE: APO), a large, internationally recognized global alternative investment manager with more than $245 billion in assets under management. Award of the TSA is a significant step towards commercialization of the project based on joint studies by Western and Wison, who also expect to leverage this high value solution for a number of additional FLNGs.

Last year, Wison Offshore & Marine successfully delivered the Caribbean FLNG on an EPC basis after liquefaction performance testing for the facility in its yard in China.

“Wison is a leader in providing floating LNG solutions with a proven record of delivering low cost, high quality facilities,“ said Duane Bertrand, the company’s Vice President of Business Development in Americas. “The strategic relationship with Western has been fostered in recognition of our integrated capabilities from concept to delivery.”

Mr. Ying CUI, CEO of Wison Offshore & Marine, commented, “Given the challenging market condition, cost effectiveness and reliability of liquefaction infrastructure are key to the viability of developing LNG projects, and this is where Wison meets the requirements from project owners. We are keen to work alongside clients to monetize gas resources with satisfactory investment returns.”

“We are very pleased to have reached this milestone with Wison,” said Davis Thames, Western’s President and CEO.  “It was clear to us last year that Wison’s highly successful Caribbean FLNG project, constructed on time and on budget, marked a milestone in the development of low cost, mid-scale liquefaction solutions. The team at Western, with the support of Apollo, is looking forward to continuing work with Wison and our other partners to successfully deliver a mid-scale greenfield LNG export facility with costs per tonne in line with much larger brownfield facilities on the US Gulf Coast. Combined with the availability of abundant, low cost gas in western Canada and geographic proximity to the largest LNG market in the world, Western’s delivered costs will compare favorably to other low-cost LNG suppliers from around the world.”