Damen Verolme Rotterdam (DVR), one of Damen Shipyards Group’s most experienced yards in the repair and refit of complex offshore structures, has been awarded a contract by Stena Drilling for a refit of its drilling rig Stena Don. The vessel will arrive at DVR in October 2018 and is expected to remain there for around three months. The most significant aspect of the works will be the installation of an eight-point mooring system prior to the rig being deployed off the UK’s Shetland Islands. 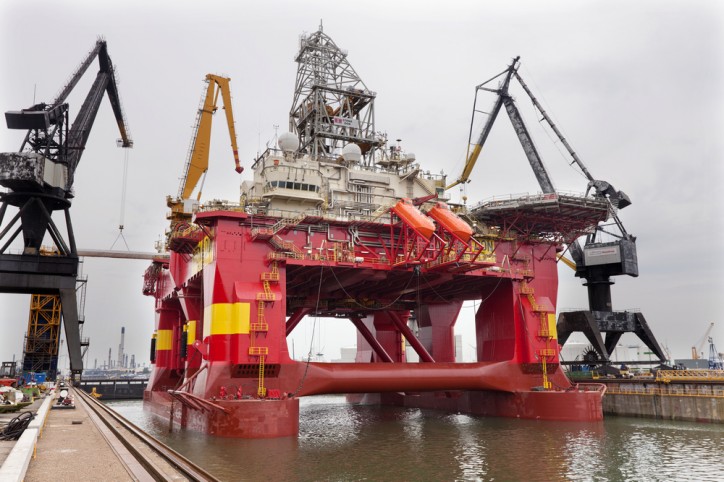 Preparations are already underway at DVR to ensure that the installation of the mooring system can begin as soon as the Stena Don arrives at the yard. Various elements of the system need to be manufactured. These include the anchor chain blisters and sponsons which, weighing 1,200 tonnes in all, are currently being fabricated at Damen Shipyards Mangalia, ahead of being transferred to Rotterdam.

Other components of the system that are being prepared include eight anchor winches and the fairleads, plus the winch control cabins which will be supplied by Rolls Royce A.S. Modified VFD switchboards and brake resistor units will be delivered by Siemens A.S. The eight ultra-high-holding power anchors are being supplied by Damen Anchor and Chain Factory. 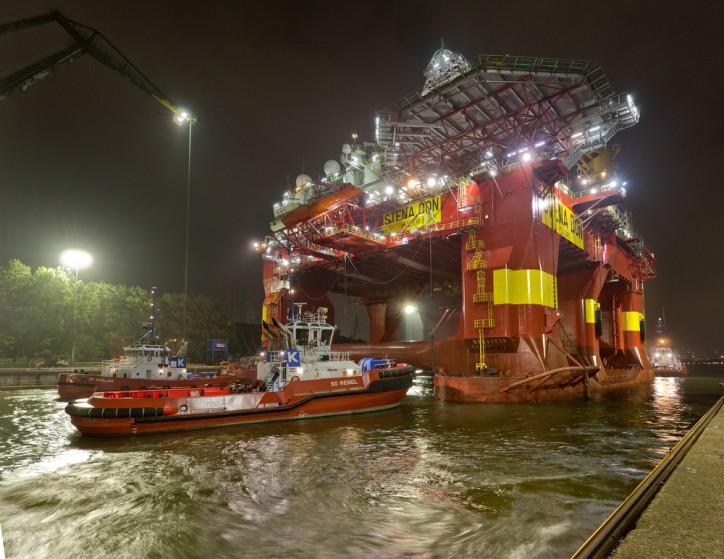 In addition to the mooring system, the yard will also install strengthening to the hull to comply with the new regulations regarding the mitigation of wave impact forces.

“Stena Drilling is pleased that this strategically important project could be agreed with Damen Verolme, a yard well known to us with proven capabilities and a very good knowledge of the Stena Don,” commented Fredrik Samuelsson, Project Manager Stena Drilling. “We are looking forward to taking this fantastic rig to the next level together with DVR.”

The Stena Don, a harsh environment, dynamically-positioned, Class 3 semi-submersible drilling rig, can drill in waters up to 500 metres deep and has accommodation for 120 personnel. 95.5 metres in length and with a beam of 67 metres, it was built by the Kvaerner Warnow Werft Shipyard in Germany in 2001. This will be the drilling rig’s fourth visit to the DVR site. Its most recent stopover was in July 2015 when it came in for a special periodical survey and a mid-life upgrade. The eight-point mooring system will enable the rig to operate over a wider range of water depths and remain longer on station than before, particularly in adverse weather conditions, and will also make it more fuel efficient by not relying solely on the DPS. 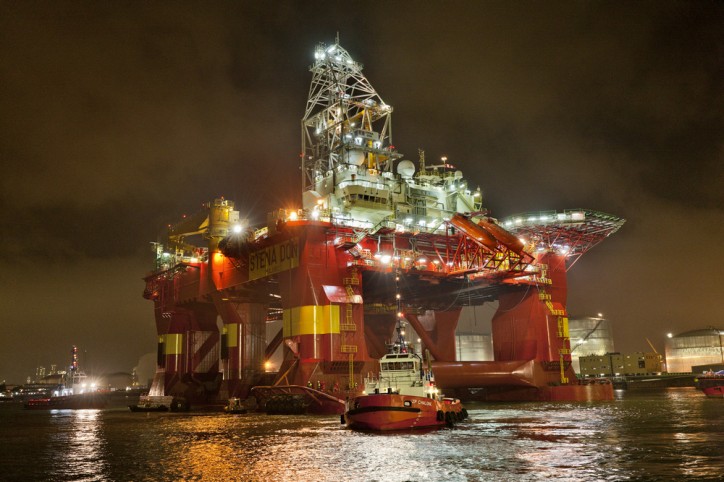 “We are thrilled with this project”, said Bas Loohuis, Commercial Director Damen Shiprepair & Conversion, “in which we will draw on the expertise of several parts of the Damen Group. Not only is it a fantastic project to have at our yard, but it also indicates that the oil and gas market is reviving. The North Sea seems to be one of the first areas that is showing light at the end of the tunnel.”