The new CEO of the Port of Newcastle, Craig Carmody, Wednesday committed the Port of Newcastle to developing a world-class container terminal to boost jobs and business opportunities in the Hunter region and dramatically reduce the number of trucks on Sydney's roads through expanded use of Newcastle's rail connectivity. 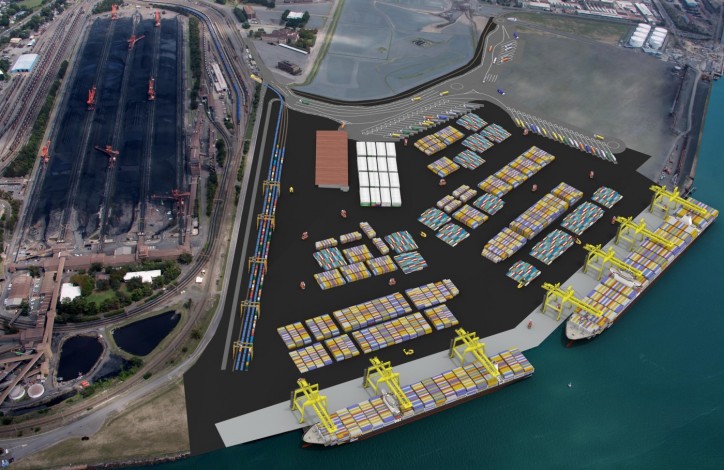 "The potential for a container terminal in Newcastle to diversify and grow the NSW economy is far bigger than the NSW government seems to realise. We are already exploring a range of options based on global best practice and I am looking forward to discussing our plans with the State government and port developers who have expressed an interest in this exciting project," Mr Carmody said.

"We have already received interest from domestic and global players who want to develop a state-of-the-art container terminal with productivity performance that will be unlike any other Australian port. However, we cannot proceed while the NSW government imposes an artificial restriction on port competition," Mr Carmody said.

Economic modelling by Deloitte Access Economics shows that a container terminal in Newcastle will deliver greater freight efficiency and competitive advantages for Australian businesses. It will be a catalyst to grow the Hunter region, boost international trade, generate jobs and move freight faster and more cost effectively.

"As a global gateway for regional Australia, the Port is ready to go. We have cost effective landside connectivity, interested shippers and a deep channel port that is operating at less than half its capacity. With freight growth in NSW expected to double by 2040, a fully utilised Port of Newcastle with a world-class container terminal will provide efficiencies and competition to meet the future logistics and freight task. It is an honour to lead such an important project," said Mr Carmody.

"Newcastle is proud to be the world's largest coal port, but we are also realistic about coal's declining prospects in decades to come. That is why we are committed at the Port of Newcastle to playing a major part in the Hunter region's growth and diversification strategy through the development of a container terminal," said Mr Carmody.

The benefits of a Port of Newcastle container terminal include:

More information about Port of Newcastle at CruiseMapper