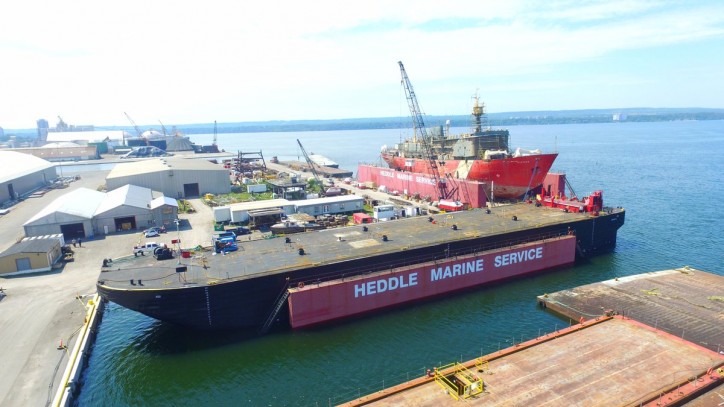 The agreement will create an action plan in which a specialist team, comprised of Heddle Marine and Thordon Bearings’ personnel, to offer support to ship managers and owners looking to ensure their vessels are fully compliant with environmental legislation prohibiting the discharge of oil from the oil-to-sea interface of ships' propeller shafts. Shipowners could face substantial financial penalties if their vessels are found to be incompliant.

Shaun Padulo, President of Heddle Marine said: “Thordon Bearings is a pioneer in water lubricated propeller shaft bearings, with over 40 years’ of experience in this technology. By entering into this partnership, we will not only have an opportunity to expand our service offering from a local supplier, but will also have the opportunity to provide our customers with a real, long-term solution to the environmental problems they face with oil lubricated stern tube bearings and seals. With concerns increasingly being raised about the impact of pollution from ships on the marine environment, converting an oil lubricated system to seawater is the only guaranteed solution for today and tomorrow.”

Terry McGowan, President and CEO of Thordon Bearings said: "Heddle Marine is one of Canada’s leading shipyards with the capabilities and facilities required to carry out specialised ship repair, maintenance and conversion projects. And they have recently  expanded to support the Great Lakes and eastern Canada.”

Leaking shaft seals are known to be a significant contributor to on-going pollution at sea. The use of biodegradable lubricants, which are an improvement over mineral oils, are still an extremely expensive option for shipowners and some are having seal compatibility issues. Even biodegradable lubricants still need to be reported to authorities when discharges occur.  Thordon provides a solution that uses seawater as the lubricant that meets all regulations, eliminating any risk of oil pollution.

He added: “This new partnership agreement provides a win-win situation for both parties. Heddle Marine will stand to benefit from having new customers and a new revenue stream with oil-to-water conversions, while Thordon Bearings will benefit from supplying the COMPAC seawater lubricated bearing equipment for upcoming conversion projects."

Under the terms of the agreement, Thordon Bearings will also provide equipment, training and guidance to Heddle Marine personnel and support the yard in carrying out propeller shaft conversion projects to the "highest standards and in the most efficient and cost effective manner."