Victoria of Wight welcomes her first vehicles on board

Isle of Wight haulier George Jenkins was the first person to drive on board Wightlink’s new £30million flagship Victoria of Wight. 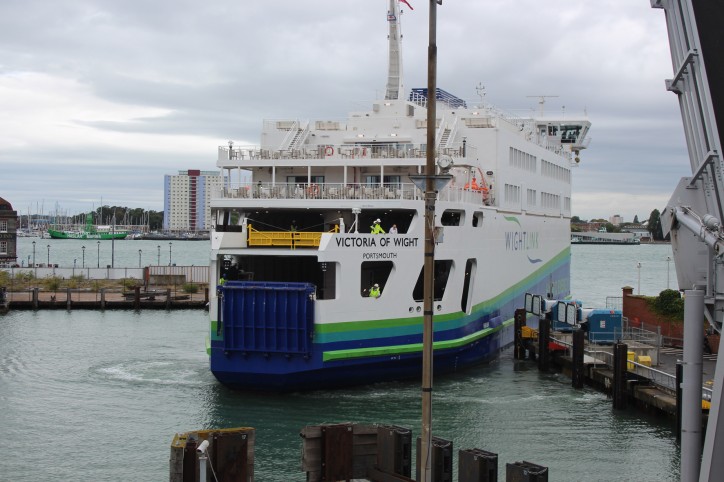 He took an articulated lorry full of Wightlink stores and supplies for the hybrid energy ship on to the lower vehicle deck at the company’s Portsmouth car ferry terminal on Sunday afternoon (12 August). The second vehicle was another articulated lorry carrying stores driven by Wayne Lightbown of MP Lightbown.

They included catering supplies such as soft drinks and toilet rolls as well as specialist engine and general tools. A Wightlink stores van carried the ship’s manuals, log sheets and stationery.

Victoria of Wight arrived in the Solent on Friday morning after her 3,000 mile journey from the Cemre shipyard in Turkey and tied up at Wightlink’s harbour moorings near the FastCat terminal in Portsmouth. She left Portsmouth Harbour on Sunday morning under her own power for the first sea trials undertaken by Wightlink crew. They included a full speed run to the Nab Tower at up to 14 knots and manoeuvring exercises at Spit Head. Victoria of Wight also berthed successfully at Wightlink’s ports at Fishbourne and Portsmouth. 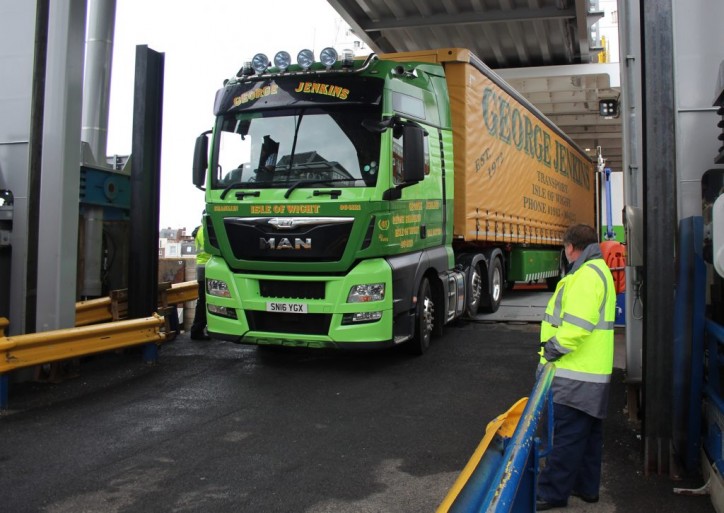 Project Director John Burrows was on board for the sea trials: “This was a very successful day. Victoria of Wight performed excellently and her crew was impressed with her speed and responsiveness. We also had our naval architects Houlder on board and everyone was impressed by how well she handled,” he says.

George Jenkins, owner of George Jenkins Transport, adds: “As one of Wightlink’s biggest customers, I was delighted to be asked to take the first vehicle on board. I took the opportunity to tour the ship and thought she looks modern and comfortable.”

Founded in Shanklin in 1972, George Jenkins Transport frequently carries a wide range of goods across the Solent with Wightlink. They include recyclable materials such as cardboard and wood as well as steel, concrete and decorative stone.

Wightlink staff and contractors will now move on to Victoria of Wight to get her ready for her first customers. Tasks include commissioning the Costa Coffee and Wight Taste outlets, installing the children’s play area, TV screens and signage. She will enter service later in the summer.