The Georgia Ports Authority moved 378,767 twenty-foot equivalent container units (TEUS) in July, an increase of 12.7 percent, or 42,668 TEUs, compared to the same month last year. It was the second busiest month on record for the Port of Savannah. 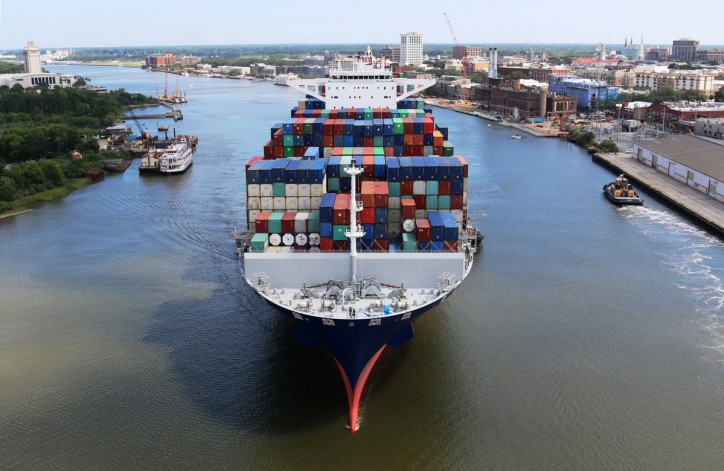 “July was an incredible start to our fiscal year, with double-digit growth across our container, breakbulk and dry bulk operations,” said GPA Executive Director Griff Lynch.

“Greater capacity, via cost-effective 14,000-TEU vessels transiting the Panama Canal, makes Savannah an even more competitive option to serve the Eastern U.S.,” said Lynch. “This, in part, is driving an increase in rail moves to markets such as Memphis and Nashville.”

Since Fiscal Year 2016, the GPA has seen its container trade grow by nearly 16 percent, or an additional 560,000 TEUs. However, turn times for motor carriers and rail operations have not increased.

“Georgia has simply built a superior logistics solution and our customers and carriers are responding,” said GPA Board Chairman Jimmy Allgood. “We continue to deliver a congestion-free terminal operation, even with record growth.”

In roll-on/roll-off cargo, the GPA handled 53,419 units of autos and machinery, an increase of 5 percent, or 2,610 units, compared to July 2017. Colonel’s Island Terminal at the Port of Brunswick moved the majority of that Ro/Ro cargo, accounting for 50,850 units of the total.