On August 21, 2017, the USS John S. McCain veered into an adjacent traffic lane and collided with the tanker Alnic MC, resulting in hull damage, flooding and the deaths of ten Navy sailors. One year later, friends, family and shipmates in the U.S. and abroad paid tribute to those lost. 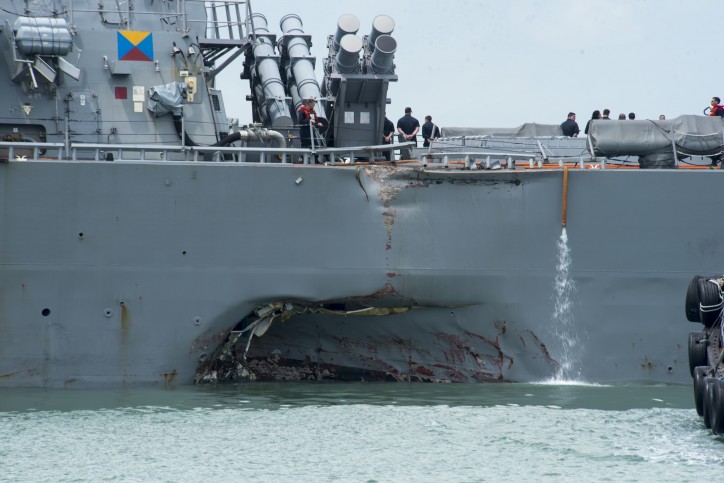 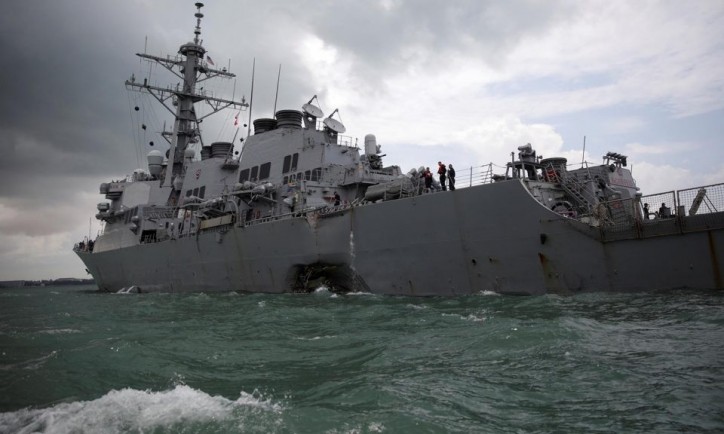 In Yokosuka, Japan, the USS McCain's current crew issued a statement in remembrance. "We remember our fallen Shipmates today alongside many friends and family. Their loss speaks to the bravery, resolve and resilience of all those who serve and have served aboard USS John S. McCain. We will never forget them," the ship's company said on its official Facebook account. At a chapel on Seventh Fleet's naval base in Yokosuka, crewmembers and relatives of the fallen held a ceremony to pay tribute to their legacy.

After the deadly collisions involving the USS McCain and the USS Fitzgerald last year, the U.S. Navy conducted several parallel reviews of readiness at Seventh Fleet and throughout the service. It found that high operational tempos and little down time had allowed serious deficiencies to develop, especially in overseas homeported units.

"These [deviations] culminated in a Navy culture replete with examples of accepting 'good enough' for the moment rather than the imperative of what is vital for the future," the Navy's strategic review panel wrote.

To fix these problems, the Navy has committed to providing its surface force with better training, better manning and more balanced workloads, and has implemented a sweeping range of policy changes. In addition, the commanders of Destroyer Squadron 15, Task Force 70 and Seventh Fleet have been relieved, and Navy prosecutors have pursued administrative and judicial actions against the crewmembers and officers involved on each ship.

In addition, Congress has put many of the Navy's own reform recommendations into law with this year's National Defense Authorization Act. Ship inspections will now happen with little advance notice; deck and engineering officers will have to keep records of their hours on watch, much like merchant mariners do; the Pentagon will have to notify Congress if any ship falls below a minimum manning level; and the Navy can only keep vessels deployed overseas for ten years at most.

As for the McCain herself, she is under repairs at a drydock in Yokosuka, and the Navy reports that she will likely return to service next year.