Water levels on the Danube dropped to record lows on three sections of the river in Hungary on Wednesday due to a recent drought, hindering passenger cruise ships and causing losses to freight shipping companies.

In Budapest the Danube receded to 0.61 metres, just above the record low of 0.51 meters recorded in 2003, the National Water Authority said in a statement. 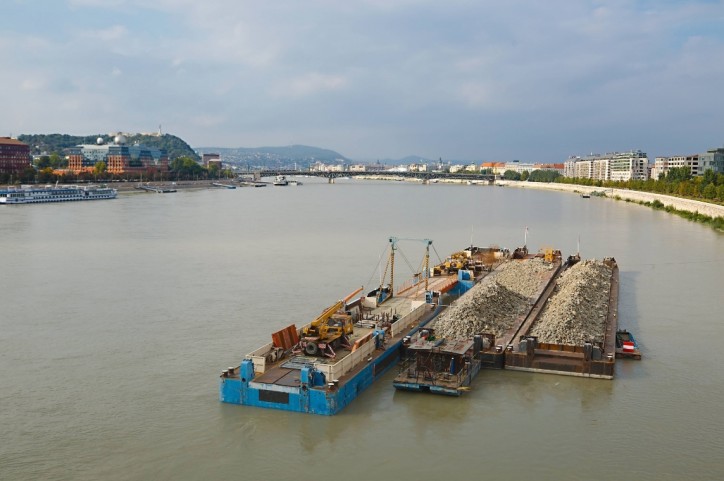 Tourists and locals flocked to the bottom of the pillars of the historic Margaret bridge to capture a unique view of the Hungarian capital city from the riverbed, with Parliament and the Royal Castle facing each other on the two riverbanks.

But waterways shippers were desperately waiting for rainfall, forecast for the coming days in Austria and Germany, which they hope could help raise water levels in Hungary as well.

Ferenc Kruppa, operations director of freight shipping company Fluvius, said they expected revenue to be 1 million to 1.5 million euros ($1.1 million-$1.7 million) less in the first eight months this year compared to last year, largely due to the shipping difficulties.

Fluvius operates seven barges, shipping mainly agricultural produce like wheat, and steel products, coal, and fertilizer on the Danube and the Rhine.

Kruppa said their freight vessels can only be loaded up to 25 percent of their capacity due to the low water levels.

Labor Spanyik, chief executive of MAHART Passnave, a majority state-owned Hungarian shipping company, said vessels that have sinkage over 1.6 meters had to stop at the city of Komarom in the northeast, as they could not sail to Budapest.

He said authorities banned shipping overnight between 8 p.m. and 5 a.m. for large passenger ships and barges, in order to limit the risks of vessels running aground.

"We hope that ... in four to five days there will be rains in Austria and Germany ... and this could raise water levels by 0.5-0.6 metres in Budapest and the Hungarian section of the river," Spanyik said.

He also said MAHART Passnave had lost close to 100 million forints ($355,000) in profits due to the shipping difficulties, as sailing limitations affected 50 to 60 of its vessels.

The Rhine is an important shipping route for commodities including grains, minerals, coal and oil products including heating oil. The Danube is a major route for east European grain exports to west Europe.