A UK Court convicted the Dutch company Friendship Offshore BV of conducting an unlicensed salvaging operation on a sunken merchant vessel named 'SS Harrovian' in 2016. The case was heard at Newcastle Crown Court on the 26 July 2018, in a prosecution brought by the UK Marine Management Organization (MMO). 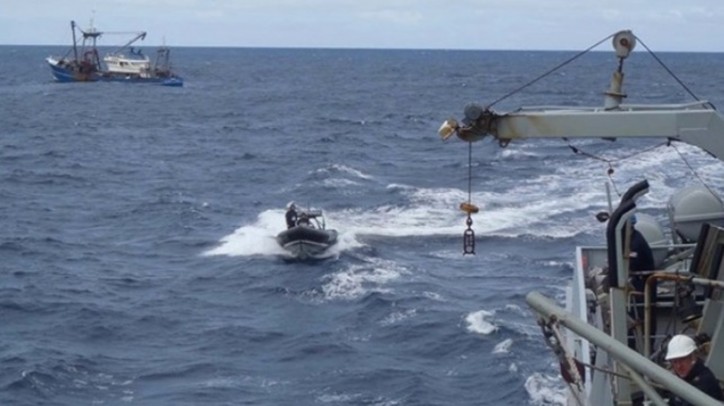 In August 2016 MMO officers, acting on information relating to a vessel operating an illegal salvage of a wreck 70 miles south west of the Isles of Scilly, were deployed to intercept and inspect the vessel.

This inspection discovered almost £90,000 worth of copper and steel. The vessel’s master admitted that he did not have the relevant marine licence and demonstrated how he had dimmed the vessel’s Automatic Identification System (AIS) in order to avoid detection. The vessel was detained to Falmouth for further inspection.

After further analysis, it was also discovered that the ship had performed three unlicensed salvage operations on the wreck of the 'SS Harrovian.' The 'SS Harrovian' was sunk on a voyage from New York to Le Havre by the German submarine U-69 in the English Channel in 1916.

During the sentencing, the judge referred to the fact that the 'SS Harrovian' was an important heritage asset and despite being at sea, was still of considerable heritage value.

At the initial hearing in February 2018, the defendants pleaded guilty to charges reflecting the three unlicensed salvaging operations they carried out. The MMO also applied for a confiscation order under the Proceeds of Crime Confiscation Order (POCA) with the assistance of the North East Regional Asset Recovery Team.