Seven ships are stranded outside the Kaohsiung Port in Taiwan having succumbed to strong winds and violent waves caused by a strong storm that hit Taiwan. 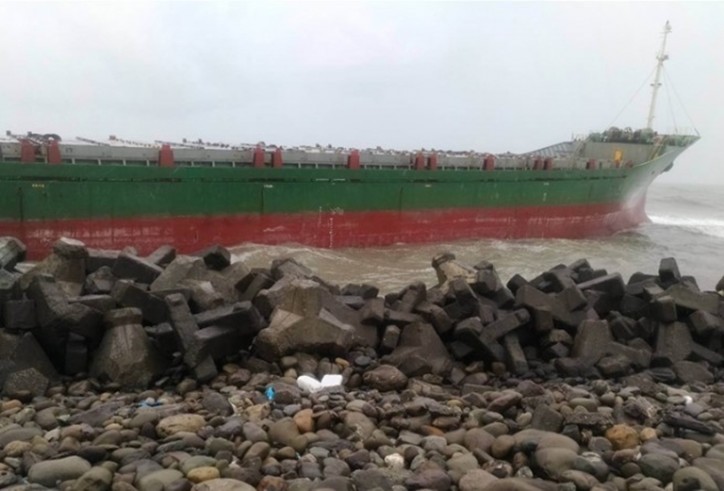 All 88 crew members of the seven ships are reported to be safe, according to Taiwan’s Maritime and Port Bureau.

The local authorities are waiting for weather to improve in order to be able to launch response operations and avoid potential oil spills.

The grounded ships include containership Jin Hua, which got grounded on the starboard side. Based on the initial assessment, the 12 crew members on board the ship are safe and there has been no oil spill or water ingress reported.

The ship’s power system has not been affected by the grounding.

Panama-flagged containership Unlimited 2 is also aground, however, the vessel’s hull has been ruptured. The 10 crew members of the ship have been evacuated. The ship is said to be stable and in no danger of sinking or causing an oil spill.

The ships that suffered a similar fate include Changlong 68, Feilong 68, Tai Chang Hu I, An Li 699, and Shun Yu.

Heavy rain has caused flooding in Tainan City and evacuation of people across numerous districts after the tropical depression came down on the southern Taiwan on August 23.