This is the dramatic moment a British trawler went up in flames after reportedly being petrol bombed by rival French fishermen in a war over scallops.

Another shocking video shows a Brit fishing boat ramming a French vessel after it dangerously cut across its path in the English Channel. 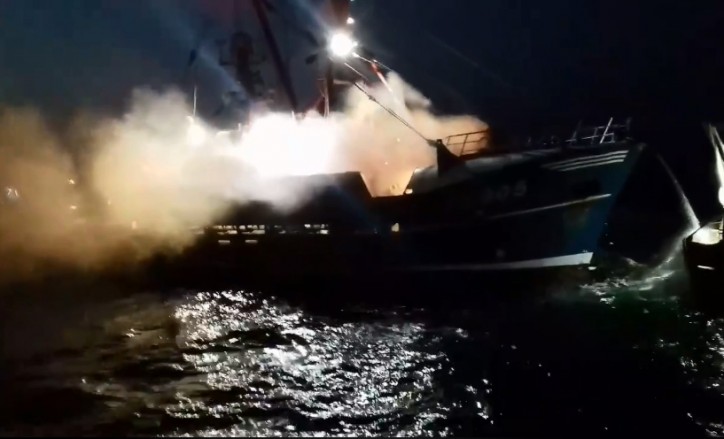 French vessels have been dragging ropes through the water in an attempt to get them caught in prop shafts of Brit trawlers, endangering lives and vessels.

There are also claims French fisherman threw petrol bombs at their British counterparts in the sea battle.

One fishing boat owner from Brixham said: "There were about 40 boats. One boat got petrol bombed, others had windows smashed. I can't believe that someone wasn't killed."

Others have been targeted by stone throwing French fishermen who were last night accused of ''piracy'' as tensions increased. 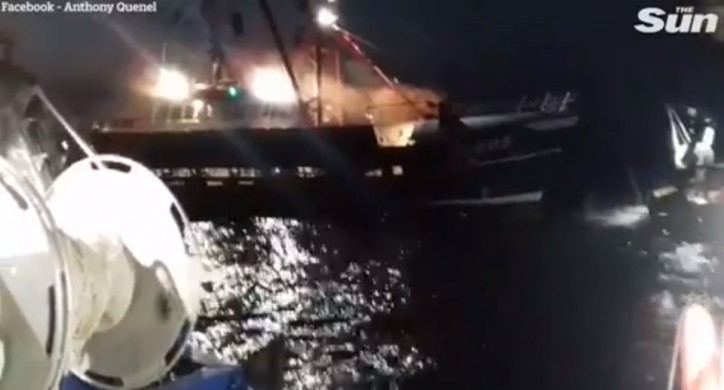 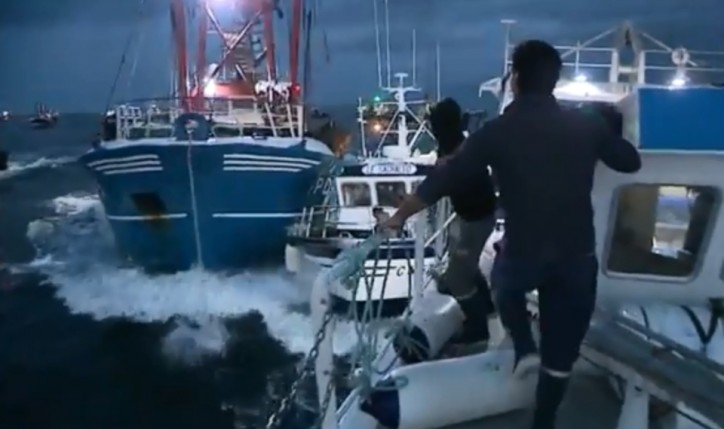 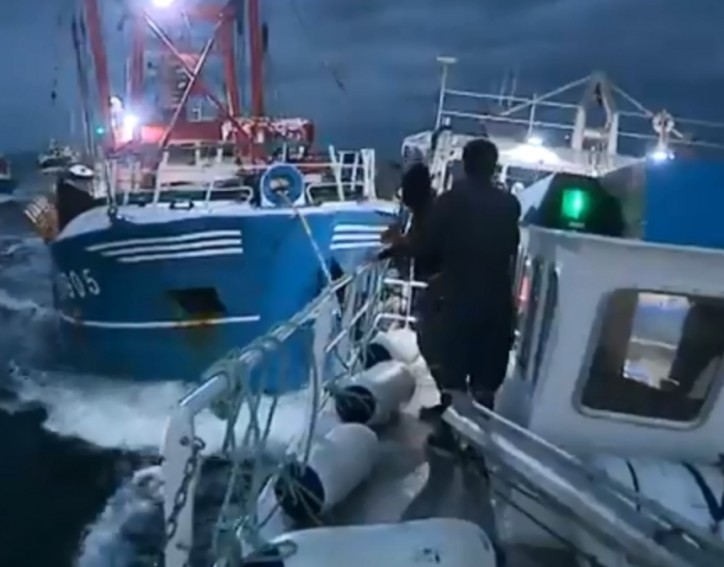 It was nearly crushed in the assault

Footage obtained by The Sun shows the 90ft Honeybourne III ramming into a rival trawler as it cuts in front and stop if from fishing legitimately for scallops.

The Honeybourne III is based in Shoreham, West Sussex, and owned by Aberdeen based MacDuff Fisheries and regularly operates in the Channel.

According to French media, fishing vessels had set off from Trouville-sur-Mer, Port-en-Bessin and Ouistreham to confront the English.

French boats only have the right to fish for scallops from October 1 until May 15 to allow local stocks to regenerate but the British do not face the same restrictions.

Last night Jim Portus of the South West Fish Producers Organisation, which handles the Honeybourne III told The Sun:''What happened was the equivalent of piracy from the French.

"They decided to dangerously take matters into their own hands. Forty of their boats surrounded just five of ours and the French broke all maritime regulations. 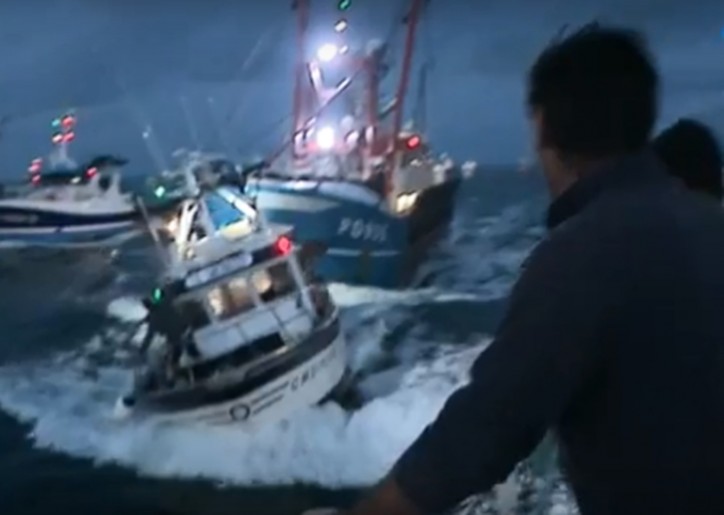 The tiny boat was left battling to stay upright

"The skipper of the Honeybourne was forced to carry out defensive action in the face of determined French aggression. This all boils down to the French not wanting us there but we have every right.

"They have tried to block our access to the international waters where we are legitimately entitled to fish for scallops. We have tried talking to the French but they didn't want to deal with us.

"This has nothing to do with Brexit. It is just the French being intransigent. This has been going on for 20 years now and we are perfectly entitled to fish in that area as are the Irish and Belgians.

"There was no legitimate reasons for the violent action of the French trawlers, we have done nothing illegal. It's the fault of the French for not coming to the table so we can talk about it. 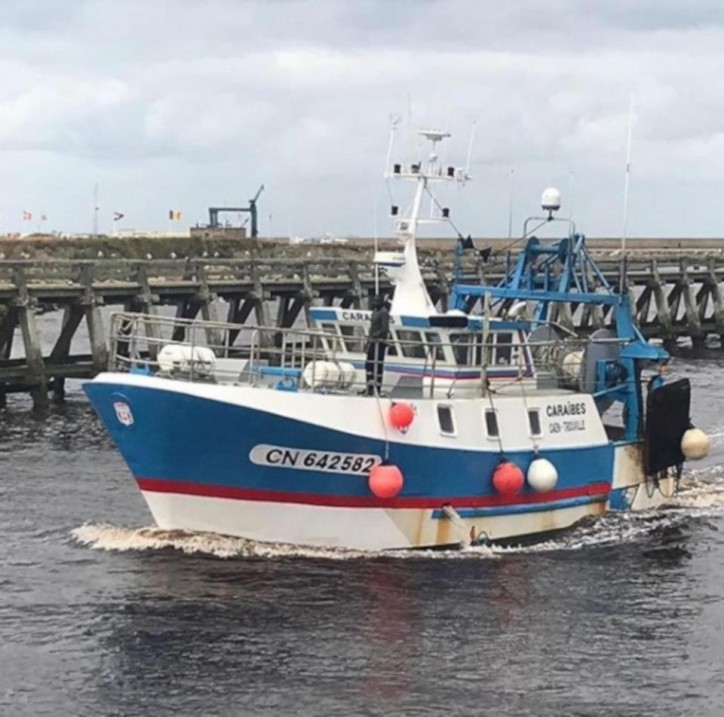 "They want us outside the area but we are perfectly entitled to be there so we suggested talks they refused and instead resorted to piracy. The Honeybourne and other vessels involved simply took defensive action in the face of French aggression."

A spokesperson for the Marine Management Organisation said: "We are aware of reports of aggression directed towards UK fishing vessels in an area of the English Channel not under UK control.

“These vessels were operating in an area they are legally entitled to fish. 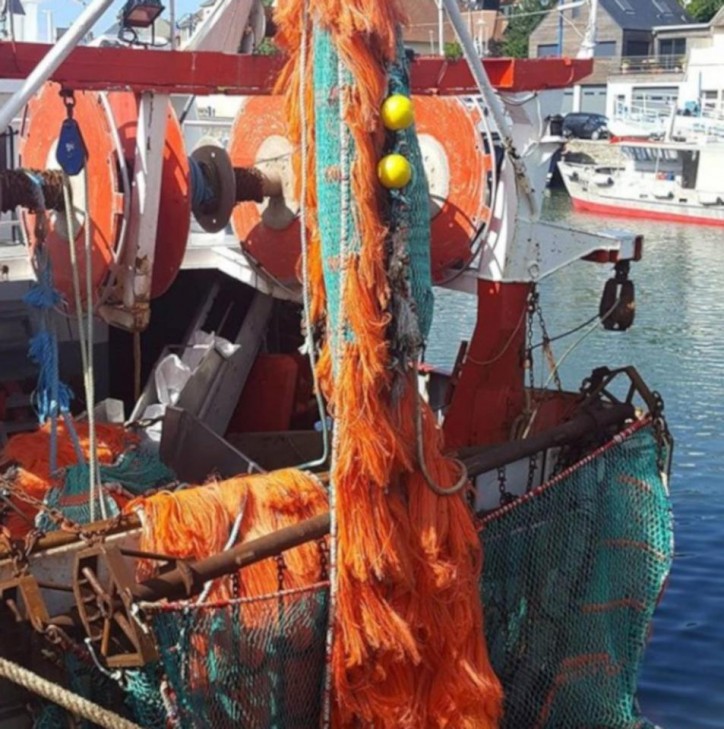 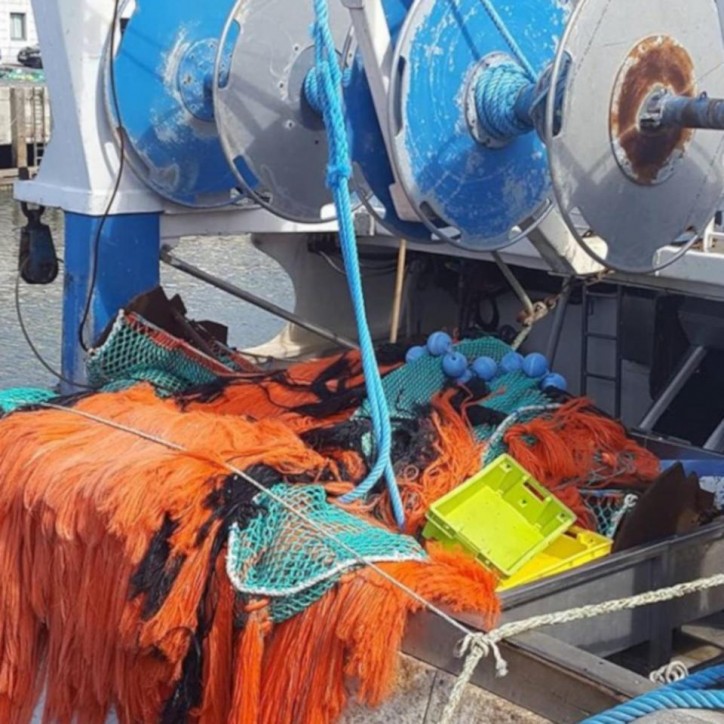 "Issues should be dealt with by the country in whose waters any such incident occurs and we have been in contact with relevant authorities.

"We expect all vessels licensed to operate in EU waters to respect the right of others to do so.

"We are continuing to monitor the presence and activities of vessels in the area."

In 2009 the ship was in the headlines after a previous skipper George Wood was fined £3000 after he grounded the boat while twice the drink drive limit following an evening boozing for his birthday.