Maersk Drilling and Aker BP have agreed to a one-year contract to deploy high-performance rig Maersk Integrator on the Norwegian shelf from June 2019. The contract is founded on the alliance that the parties entered into in 2017. 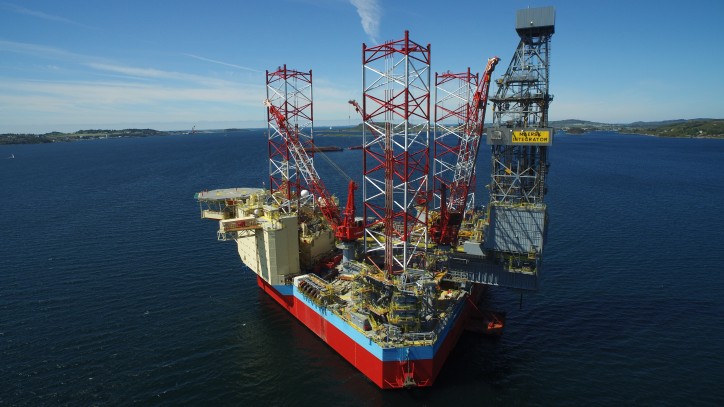 The Maersk Integrator will become the first rig to be contracted fully under the scope of the alliance between Aker BP, Maersk Drilling and Halliburton. When the high-performance jack-up rig finishes its current campaign on Gina Krog in June 2019, it will go directly to Ula for a new one-year assignment with Aker BP.

The tripartite alliance was announced last year and focuses on working in collaborative relationships which maximise value for all parties involved. This is established in contracts using a shared incentives model, thereby securing mutual commitment to reduce waste and deliver value. The contracts are based on market-rate terms but add the possibility of a sizeable upside for all parties, based on actual delivery and performance.

“This contract really symbolises the close working relationship between Aker BP and Maersk Drilling that we established in late 2017. This is the first contract fully founded on our alliance framework. With shared incentives, all parties will work as one team towards delivering safe and efficient operations at the lowest possible well cost,” says Jørn Madsen, CEO of Maersk Drilling.

In the tripartite jack-up alliance, the parties are exploring new ways of collaborating to increase the efficiency of drilling campaigns. In addition to setting up shared goals and incentives, it includes integrated project organisations, aligned safety procedures, and a one-team mindset guided by the principles of ‘best man for the job’ and ‘best for the alliance’.

Maersk Integrator is an XL Enhanced ultra-harsh environment jack-up rig that is customised for the North Sea. The rig is currently stationed at the Gina Krog field on the Norwegian shelf where it has been engaged in its first-ever drilling campaign since June 2015. When that campaign finishes in June 2019, the rig will move south to the Ula field to deploy for Aker BP. As an integral part of the alliance framework, Halliburton will function as service provider for the new campaign.

“With this contract, we will truly see the value of our alliance as we work together to reduce waste and lower the cost per barrel on Ula. The collaboration between our companies is under continuous development due to the alliance, and we expect to gain more and more mutual benefits from working together in new and innovative ways,” says Tommy Sigmundstad, SVP Drilling and Wells at Aker BP.

Maersk Drilling, Aker BP and Halliburton entered the joint jack-up alliance in November 2017. The alliance aims at lowering the cost per barrel and increasing profitability for the partners through implementation of digital solutions, increased collaboration efficiency, and standardisation and simplification of processes. It is formalised in a five-year agreement with the option to extend for an additional five years.