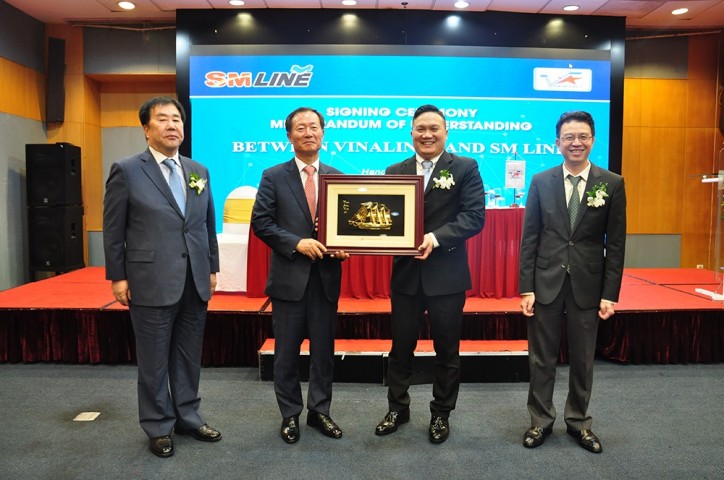 SM Lines said the two partners would share cargo and expand business cooperation under a memorandum of understanding (MOU) signed in Hanoi on September 10, 2018. Vinalines will dispatch a ship to support SM Lines on a route covering South Korea, Vietnam and Thailand.

Cargo-sharing is a common form of alliance between shipping companies. To save costs and maximize efficiency, shipping companies allow their partners to use empty space on their cargo carriers or charter whole ships.

SM Lines, an SM Group unit, agreed to help Vinalines set up a business branch in South Korea. For their long-term strategy, the two companies will consider setting up a joint venture that would eventually help the two companies become leading players in Asia.

“With the signing of this MOU, we will strengthen the strategic alliance between South Korea and Vietnam, work together to develop new markets and spearhead the shipping market,” SM Group chairman Woo oh-hyun said in a signing ceremony. “With our active support, SM Lines will become a practical and strategic partner with Vinalines.”

The two companies will jointly develop and operate their container shipping business to increase their competitiveness, SM Lines said, adding that Vinalines could expand its business into Asia while the South Korean company hopes to increase its influence in Vietnam.

SM Lines became a leading container carrier in South Korea by acquiring a U.S.-Asia route from Hanjin Shipping, which was liquidated in February last year under a sweeping government-led program to restructure the country’s ailing shipping industry. The company has launched a series of joint routes with domestic and foreign partners to strengthen its competitiveness.