Abu Dhabi Ports announced Sunday (Sep30) the delivery of the first shipments of Automated Rail Mounted Gantry Crane (ARMG) Ship-to-shore quay cranes (STS) to Khalifa Port. Shipped from Shanghai, the ten state-of-the-art ARMG Cranes and four STS Cranes are the initial batches of equipment to be installed at COSCO SHIPPING Abu Dhabi Terminal, the second container terminal being built at Khalifa Port due for completion at the end of this year. 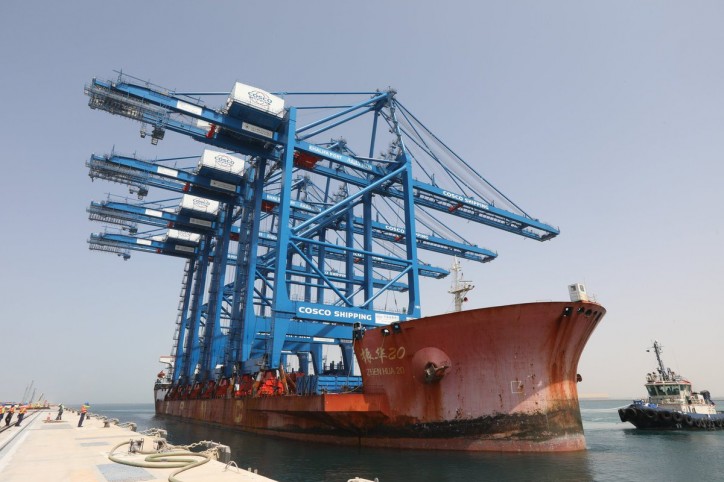 As innovation and automation continue to be part of Abu Dhabi Ports’ long-term strategy, the state-of-the-art ARMG’s and STS cranes will add unprecedented advantages to Khalifa Port by ensuring the timely and efficient stacking of containers in the terminal’s yards. Furthermore, with remote control monitoring, the cranes will have the capacity to swiftly transfer shipments, further boosting the capacity of Khalifa Port. The cranes will have the lifting capacity of 41 Tons and will be fully integrated with Khalifa Port’s terminal operating system, making it the first semi-automated port in the region.

Commenting on the occasion, Captain Mohamed Juma Al Shamisi, CEO of Abu Dhabi Ports said: “The arrival of the first shipments of world class cranes for COSCO SHIPPING Abu Dhabi Terminal marks a significant milestone to the development of Khalifa Port. The ongoing investment into the port has been a leading factor in the rising demand for services at our integrated logistics hub at KIZAD. We are extremely happy with the progress of the COSCO SHIPPING Abu Dhabi Terminal, which is poised to start operations by end of this year, serving a larger number of customers regionally and globally, and bringing in greater opportunities for business growth for the company.” 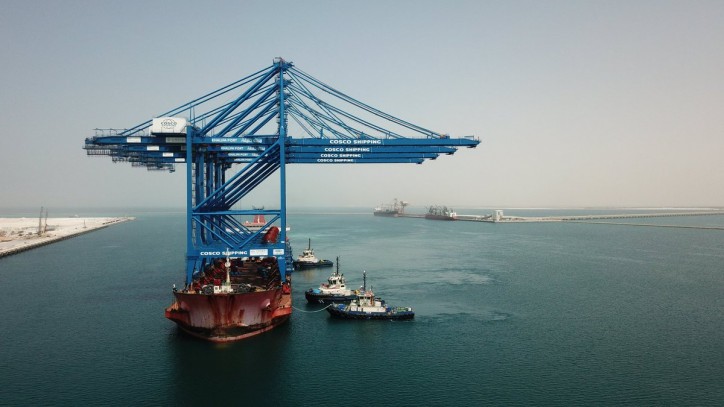 “COSCO Shipping Port Limited chose Khalifa Port as the hub for its operations in the Middle East, benefiting from its world-class infrastructure and strategic location. We look forward to officially launching the terminal, which will mark a new milestone for container operations in the region, ” he added.

Capt Ju Weiping, Managing Director of COSCO SHIPPING Abu Dhabi Terminal, also said: “We are delighted to announce the arrival of our first shipment at COSCO SHIPPING Abu Dhabi Terminal. Khalifa Port is one of the fastest growing ports in the region and our partnership will further enhance the state-of-the-art terminals services provided to customers. We look forward to kicking off operation at the second container terminal at Khalifa Port to continue to meet the growing global demand from our customers for logistical and operational services.”

On November 5th 2017, COSCO broke ground in Khalifa Port to signal the start of construction. Abu Dhabi Ports and COSCO Shipping Ports Limited also conducted a signing ceremony for the leasing of the largest container freight station (“CFS”) in the region at Khalifa Port.