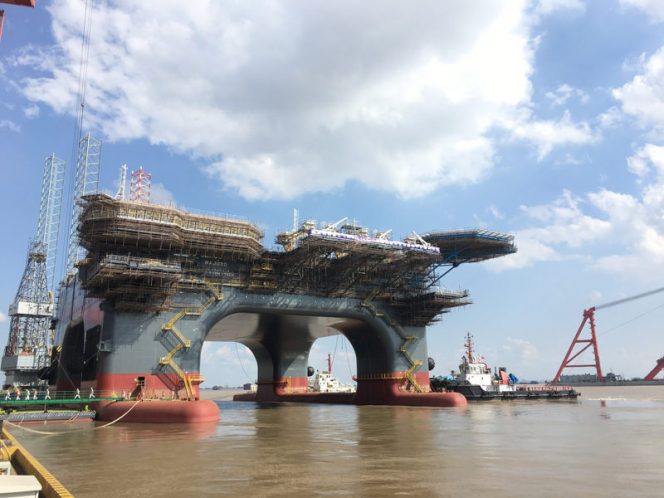 According to the Company, the undocking operation was complex because of the limited water depth in the dry dock.

The close comradery between CMHI and OOS proved to be a winning formula to devising an efficient and safe method to undock the vessel. The planning of the undocking operation started as early as January 2018 and ran through several iterations before the team arrived at the final plan.

Due to the lack of water depth within the dry dock, three barges (stacked on top of one another) were floated underneath the OOS Serooskerke, between the pontoons. The stacked barges were deballasted as such that it gave extra support and buoyancy to the OOS Serooskerke by supporting the bottom of the vessels deck box.

This method of undocking is the first of its kind and required careful planning to every single detail, both in terms of operations and engineering. Safety is the top priority to ensure that each step of the operation is executed with extreme care and caution. 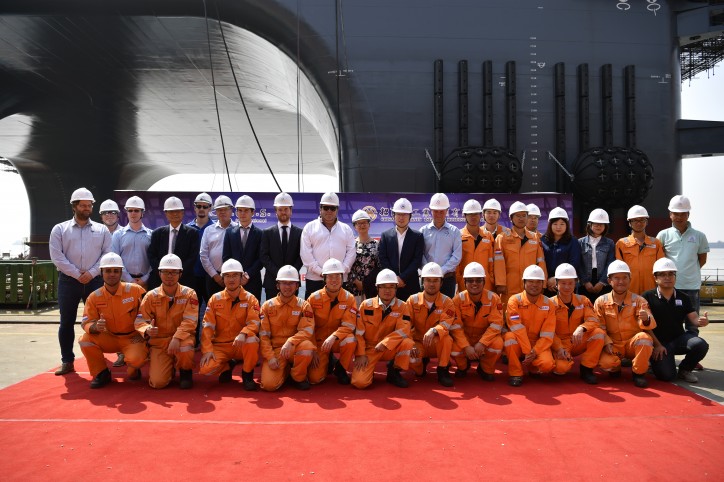 Engineering analysis was done on the deck box to ensure the strength was enough to withstand the loading from the barge and a detailed lightship weight survey was performed and re-verified several times.

The entire operation started at 1am in the morning where the barge was floated into the dry dock. After the barge was positioned between the vessel’s pontoons, the barge was carefully deballasted to make contact with the vessel. At 2pm the OOS Serooskerke was finally afloat with 1m clearance from the dock floor and finally undocked at high tide at 5pm on the same day.

Kudos to the relentless effort of the team in making this major milestone a great success.