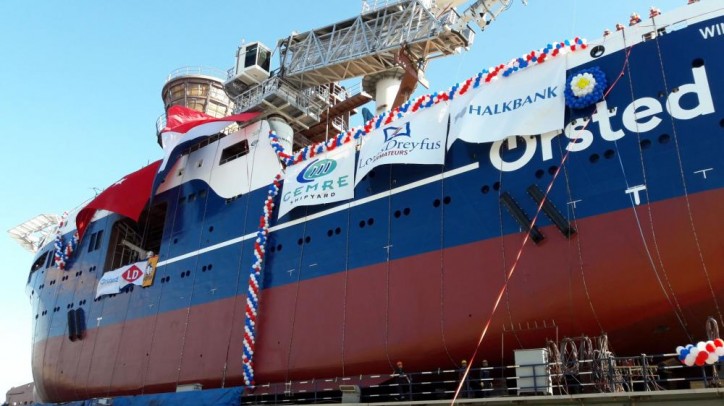 The launching ceremony took place in Turkey at the CEMRE shipyard where the vessel has now entered the final construction phase.

Representatives of Company’s Danish partner were present to attend this launching alongside the delegation of Louis Dreyfus Armateurs.

Final delivery of the WIND OF CHANGE is expected early next year. It will be operated for Ørsted on the wind farms of Borkum Riffgrund 1 & 2 and Gode Wind 1 & 2 off Germany and will allow maintenance of wind turbines by technicians.

This first launching marks a new stage in Louis Dreyfus double partnership with Ørsted, which ordered last April a second maintenance vessel to be delivered in 2021 dedicated to the Hornsea Two fields off the coast of England.

General characteristics of the ship: