Merseyside, UK-based shipyard and engineering company Cammell Laird says winning two 10-year contracts to support the Royal Fleet Auxiliary (RFA), worth an estimated £619million, is a massive boost for the company and will enable it to continue to invest in its workforce, apprenticeship programme and infrastructure. 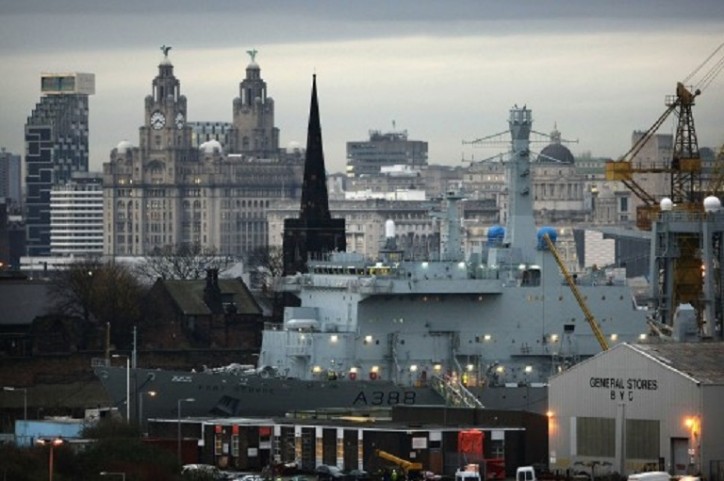 In total Cammell Laird said winning the contract will sustain more than 300 jobs at the company and in the supply chain and create more than 100 apprenticeships.

Cammell Laird previously held an RFA cluster contract placed in 2008, which was subject to five-year performance review periods with the Ministry of Defence (MoD). In 2018, the MoD ran a competitive tender process that saw the company win two new contracts to provide support for the next 10-year period from March 2019 to June 2028. The deal, known as the Future In Service Support (FISS) contract, will see Cammell Laird maintain nine ships of the RFA flotilla, the maximum number the company could win.

Cammell Laird CEO John Syvret CBE said the cluster contract has underpinned the company for the last decade enabling it to invest more than £500million in its workforce, apprenticeship programme, infrastructure, supply chain and local area. He said this new deal will see a similar investment over the next decade.

“Winning this new deal will give us the ability to continue our vital apprentice training programme recruiting talented young people from the area at the same drum beat of around 20 new apprentices a year,” he said. “Today I am very proud to say we have recruited more than 200 apprentices since 2008 investing more than £12million in staff training. The benefits the RFA contract brings to our region cannot be overstated and we will maintain our commitment to ensure this money is invested responsibly in our workforce and infrastructure to support the future requirements of the MoD and growth of the UK’s maritime sector.”

John Kennedy, Cammell Laird MOD Programme Director said winning the new contract is testament to the relationship and understanding Cammell Laird has built with the MoD and the RFA over the last ten years.

“This is tremendous news for everyone involved in Cammell Laird and all the organisations and people who support our vision to bring a renaissance of ship repair and ship building to Merseyside and the UK,” he said. “The effort that has gone into the RFA cluster contract since 2008 has been immense and I pay tribute to all involved including the RFA, the MoD, our workforce and our supply chain who have made this approach to clustering such a success. We have built an enduring relationship with the MoD and the RFA which has consistently driven value for money. The cornerstone of the success is our collaborative approach bringing the MoD, RFA, the customer’s contractors and our supply chain together generating in-depth understanding of the ships and the engineering they require. The effectiveness of this approach is further shown by the awarding of the BS11000 accreditation for collaborative business relationships and management systems which we have achieved together.”

The contract forms part of a wider £1bn deal that will secure hundreds of jobs at shipyards right across the country, announced by Defence Minister Stuart Andrew today. The deal covers 17 ships and will improve how spares, repairs and maintenance work are carried out.

Defence Minister Stuart Andrew said: “This £1bn deal secures work for some of our world-leading shipyards into the next decade, supporting over 700 jobs for workers to ensure our ships remain at sea to defend the nation. This vital work is not only great news for our Navy, but also underlines the importance of defence to our national skills and prosperity.”

“Cammell Laird has a formidable background with the UK MoD having built more than 300 naval ships,” he said. “Working so closely with the RFA positions us well for more UK MoD work, as through the RFA we are very familiar with the stringent project requirements demanded by the MoD. Moreover, in recent years we have helped build over 12,500 tonnes of the two new aircraft carriers HMS QUEEN ELIZABETH and HMS PRINCE OF WALES and we have been building modules for the Astute Class submarines. We are also massively looking forward to welcoming six Type 45 Destroyers over the next five years for major conversion projects. It is this experience and expertise which will underpin our forthcoming Type 31e bid.”