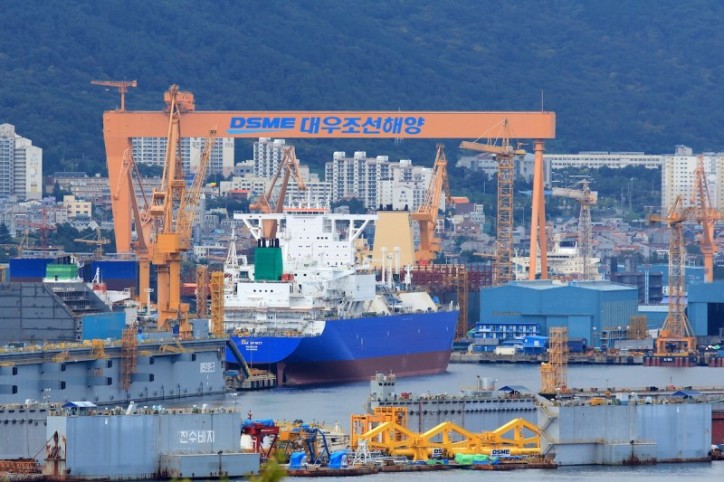 During an investor relations (IR) meeting held at Conrad Seoul Hotel in Yeouido, DSME projected that the company’s LNG carrier sales would reach 5 trillion won (US$4.41 billion) this year. The figure is about 51 percent of this year’s total sales projections of 9.9 trillion won (US$8.74 billion).

This trend is expected to continue for a while because the demand of LNG carriers is on the increase.

British shipbuilding and marine industry tracker Clarkson Research Services predicted in March that the number of new orders for LNG carriers would reach 37 this year and 39 next year but it upgraded the figures to 55 and 61, respectively, in September. In addition, the annual average number of new LNG carrier orders is expected to reach 46 between 2020 and 2023 and 56 between 2024 and 2027.

In particular, South Korean shipbuilders, including DSME, are recognized for having more advanced technical skills than Chinese companies that threaten Korean dockyards based on low labor costs. In fact, CESI Gladstone, a LNG carrier built by China’s Hudong Zhonghua Shipbuilding Co., broke down and stopped in the Australian coast due to an engine failure in June and underwent an inspection for over two months. Industry watchers forecast that the number of new LNG ship orders won by South Korean shipbuilders will continuously grow for the time being.