Port Miami sets a record year - its strongest ever

PortMiami, in collaboration with its cruise and cargo partners, posted a record year. The Port experienced an increase of 5.8 percent in containerized cargo movements for its 2018 Fiscal Year with a total of 1,084,000 (twenty-foot equivalent units) and an increase of 4.7 percent in cruise visitors with a total of 5,592,000 passengers during the 12-month period ending Sept. 30, 2018. 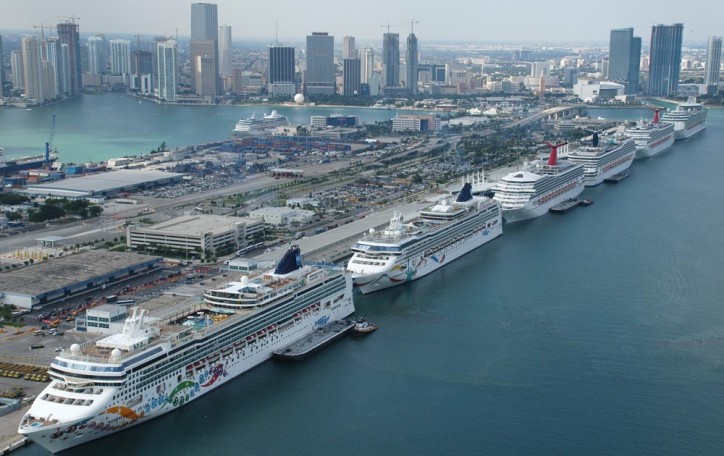 For the fourth consecutive year, PortMiami (see also CruiseMapper) has surpassed the 1 million TEU mark. Port officials attribute the growth to a strong balance of global trade and more than $1 billion of completed capital infrastructure improvements that offer shippers a strategic location equipped to handle Post-Panamax vessels requiring a -39 ft. draft or deeper. To date, the Port has welcomed more than 250 Post-Panamax vessels that could not have called without the completion of the deep dredge project or without the acquisition of new Super Post-Panamax cranes.

"I am proud to say that today PortMiami is a full-service global hub handling some of the largest vessels in the industry," said Miami-Dade County Mayor Carlos A. Gimenez. "We’re starting to see the results of more than $1 billion of completed infrastructure and a port team that gets the job done. I would like to thank the entire PortMiami team for their hard work and dedication. The Port’s continued growth would not be possible without them."

"I want to thank all of PortMiami’s dedicated partners including the cruise and cargo lines, the International Longshoremen’s Associations’ Locals 1416 and 1922, Miami-Dade Police and Fire Departments, the Transportation Security Administration, U.S. Customs and Border Protection Miami, U.S. Coast Guard, the Biscayne Bay Pilots, among so many others," said Chairwoman of the Economic Development and Tourism Committee Rebeca Sosa. "New facilities, berths and terminals are in the works to accommodate the industry’s new generation of vessels. The future is only getting brighter at our seaport."