A brand new Indonesian Lion Air plane carrying 189 passengers and crew crashed into the sea Monday, officials said, moments after it had asked to be allowed to return to Jakarta.

The Boeing-737 MAX, which went into service just months ago, vanished from radar 13 minutes after taking off from the Indonesian capital, plunging into the Java Sea. 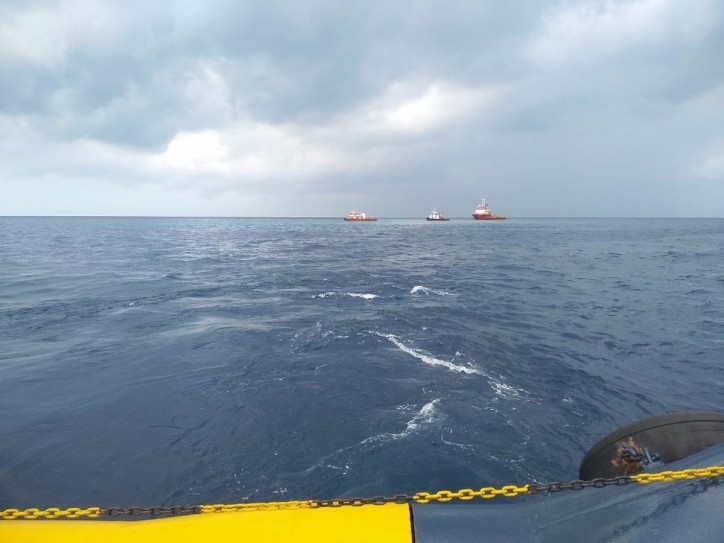 Video footage apparently filmed at the scene of the crash showed a slick of fuel on the surface of the water.

Disaster agency spokesman Sutopo Purwo Nugroho tweeted pictures of debris, including what appeared to be an emergency slide and various parts of a smashed mobile phone.

Authorities were still searching for the remains of the plane, which lost contact with air traffic control around 6.30 am (2330 GMT), en route to Pangkal Pinang city, a jumping off point for beach-and-sun seeking tourists on nearby Belitung island.

Images filmed at Pangkal Pinang's main airport showed families of passengers crying, talking frantically on their mobiles phone and hugging each other.

Some were heard saying "Ya Allah" or "Oh God".

The transport ministry had initially said there was a total of 188 people on board.

The finance ministry said around 20 of its employees were on the plane.

It was not immediately clear if any foreigners were on the downed plane, which Lion said was a new, airworthy plane that had only gone into service in August.

The pilot and co-pilot had more than 11,000 hours of flying time between them, it added.

"Lion Air is very concerned about this incident and will work with relevant agencies and all parties," said spokesman Danang Mandala Prihantoro.

The Flightradar website tracked the plane and showed it looping south on take-off and then heading north before the flight path ended abruptly over the Java Sea, not far from the coast.