Large-scale projects have been launched in the Southern part of Klaipeda Seaport. Implementation of these projects will result in new possibilities to the companies operating in this part of the Seaport and in the improvement of the ecological situation. Very soon the projects on capital dredging works and dredging of soil from dock pits in Malku Bay are to be launched. 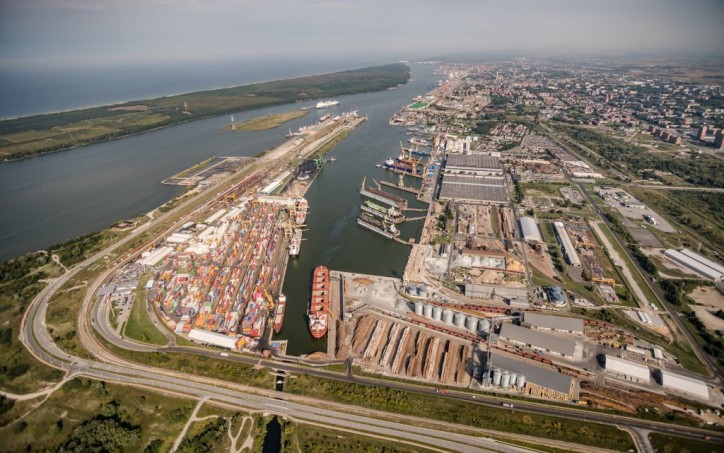 "I should characterise the infrastructure development works in Malku Bay as historical ones, as on implementing them totally different possibilities for companies operating in this part will occur. The key goal is to reach the depth up to 14.5 meters in order to load to the full extent the Panamax type vessels and to repair them. I would like to highlight that EU financing was allotted for the development of Malku Bay infrastructure"- Director general of Klaipeda State Seaport Authority Arvydas Vaitkus said.

It has been planned to excavate approximately 1,5 million cubic meters of soil while performing the capital dredging works in Malku Bay.

In September the underwater key- wall for coastal protection was constructed. It was vitally necessary to construct this wall prior to the commencement of the capital dredging works.

Nearly 57 million euros for the entire project on Malku Bay capital dredging and implementation of related environmental protection measures were allotted from EU Cohesion Fund.  Capital dredging of Malku Bay up to a depth of 14.5 meters will provide equal conditions in the Seaport, enhance navigation safety, create economic growth possibilities and help to develop the systems of environmentally friendly transport modes and multimodal transport. These investments contribute to the enhancement of environmental protection conditions in the region.

Recently the Seaport Authority concluded another significant contract on soil dredging from dock pits, reconstruction of quays No. 137A, 138A and 139 with the construction of railways. These quays are operated by SC Western Shipyard. On completing these works the company will be able to accept vessels of larger parameters for repair and cargo handling. Furthermore, the company will be able to operate the recently acquired dock, the largest dock in the  Baltic countries, where both vessels of maximum parameters and special purpose vessels, like icebreakers, fishing vessels, vessels rendering services to oil platforms should be repaired.

The contract on these works has been concluded with JSC "Hidrostatyba" and SC "BMGS" acting under the joint agreement. The contract price was 27,1 million euros.