International cargo vessels are expected to arrive at the Bellingham Shipping Terminal on a regular basis as the result of a new service contract between the Port of Bellingham and Ports America. 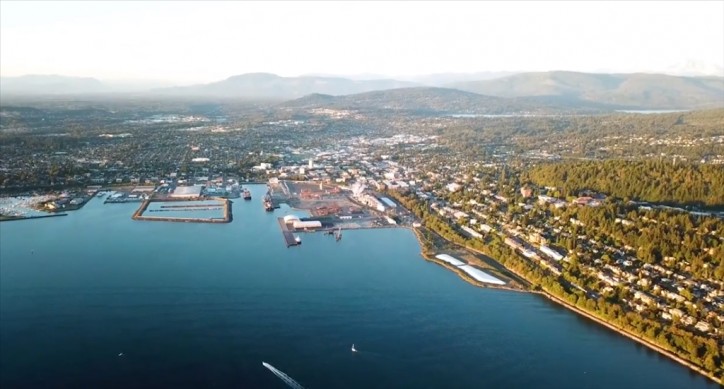 Ports America entered negotiations with the port after several of its shipping customers requested use of the Bellingham Shipping Terminal. Ports America is the largest terminal operator and stevedore in the United States.

Under the terms of the contract, Ports America will have exclusive stevedoring rights for certain types of steel as well as inbound international forest products, metal/aluminum ingots, modules, oversized and project cargoes. Much of the inbound cargo will be stored temporarily at the shipping terminal before it is trucked to Canada as its final destination. The port is in the process of designating the shipping terminal and surrounding areas as a Foreign Trade Zone, where customers can store goods without having to pay United States import duties and taxes.

“There is a great deal favoring the Bellingham Shipping Terminal,” said Ports America Director of Breakbulk and Project Cargo Bart Goedhard. “In addition to abundant berth space, warehouse and laydown space, the terminal is near major cities, has a dedicated truck corridor to I-5 and has close proximity to rail.”

“Ports America is a great stevedoring company that will bring work to Bellingham,” said Daren Williams, a spokesman for Local 7 of the International Longshore and Warehouse Union (ILWU). “There are many suppliers in Whatcom County who will benefit from increased cargo activity at the Bellingham Shipping Terminal, and the ILWU will create more full-time jobs as a result of this contract.”

The Bellingham Shipping Terminal is a full-service marine terminal with the flexibility to meet a diverse range of business needs. Terminal assets include 1,250 feet of dock space on a deep-water pier, a 550-foot barge pier, 85,000 square feet of covered storage, 40 acres of available land, and access to resources via rail, barge, rafts, trucks, containers and ocean-going vessels.