Damen has delivered the third and fourth units in a four-vessel contract to leading towage company Smit Lamnalco. All four vessels are Damen’s popular and powerful ASD Tug 3212 class with a bollard pull of 80 tonnes. The order was placed in November 2017 and, with stock boats available, the first two were delivered in June and these latest arrivals in October. 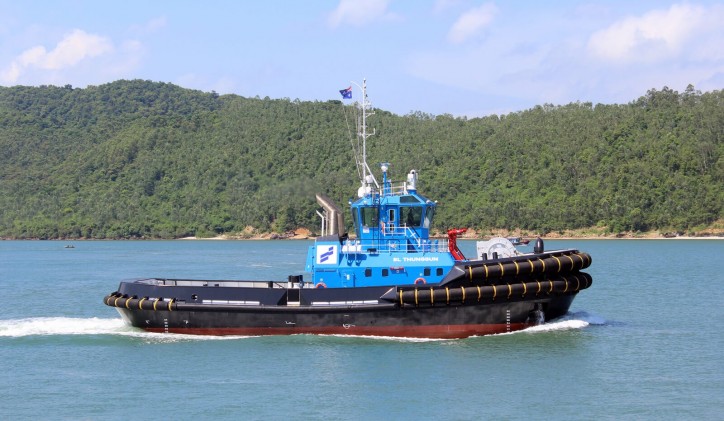 The SL Thunggun and SL Irrong have arrived at Darwin in Australia’s Northern Territory and will shortly be heading east to the Weipa bauxite mine on the Cape York Peninsular, Queensland. Owned and operated by mining giant Rio Tinto, the mining complex exports around 30 million tonnes of bauxite each year via its own port. Currently, a third site, the Amrun mine, is being constructed in an A$2.6bn project due for completion in 2019. The new infrastructure being built to support the mine includes a processing plant and a second terminal. Around ten, very large bulk carriers currently enter the existing port facilities each week to take on bauxite.

The SL Thunggun and SL Irrong have been finished to meet Australian standards including AS 3000 electrical compliance and are certified Asbestos Free. With the tugs being kept on offshore moorings in a remote location Damen will be supplying a comprehensive support package to ensure maximum reliability. 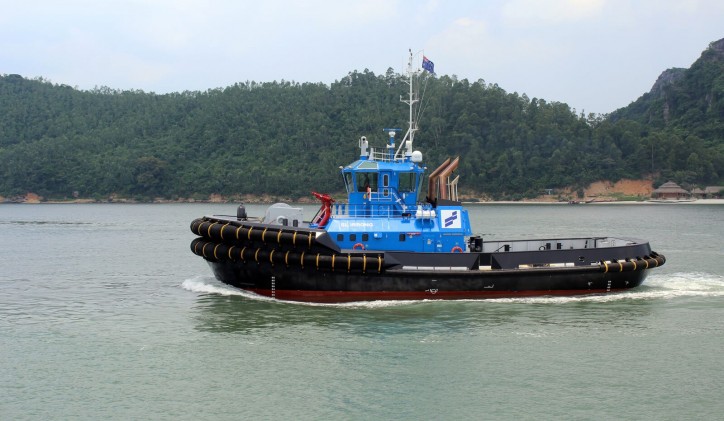 Rotterdam-based Smit Lamnalco is a long-standing client of Damen, with nearly 60 Damen vessels in its fleet. Damen also has a long history of providing tugs supporting other Rio Tinto terminals in Australia, including a number of ASD Tugs 3111 in Dampier, WA, plus a Stan Tug 2207 at Cape Cuvier, WA, and three additional ASD Tugs 3111 at Dalrymple Bay Coal Terminal, Queensland.

“The success of this project is based on Damen’s long-lasting relationships with both Rio Tinto and Smit Lamnalco,” said Vincent Maes, Area Sales Manager for Benelux. These are built on trust, reliability and quality. We are confident that these new tugs will be effective and efficient in their role.”

“The 3212 class was an obvious choice given the exposed location and strong currents,” said David Fethers, Regional Managing Director for Smit Lamnalco in Australia/PNG. “The fit and finish of these vessels is testament to Damen’s outstanding attention to detail. We are very pleased to be continuing our long relationship.”