Hyundai Heavy Industries Group announced on Monday (Nov 26) that it has won contracts for 22 liquefied natural gas (LNG) carriers, about half of all LNG carrier orders placed in the world this year. 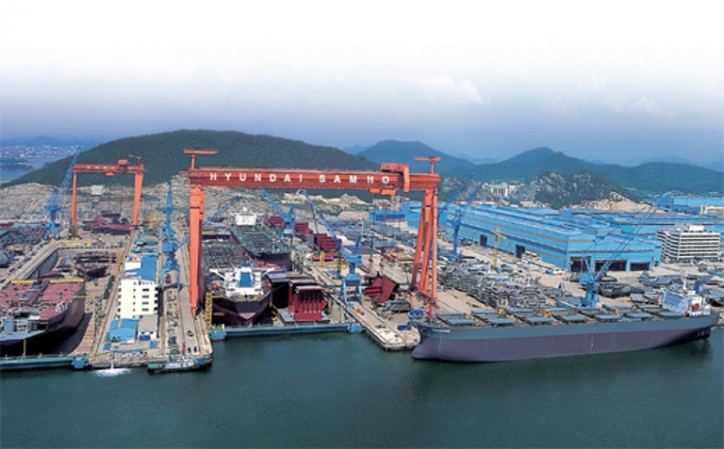 The latest order was won by Hyundai Samho Heavy Industries, which recently signed a contract with CMM, a Greek company, on building two 174,000-cubic-meter LNG carriers for US$370 million. Hyundai Samho plans to deliver these vessels to the Greek company one by one beginning in 2021.

In February, the Hyundai Heavy Industries Group delivered a dual fuel LNG vessel for the first time as a Korean shipbuilder.

The group also launched integrated LNG carrier solutions of its own development, including a complete liquefaction system for LNG tankers, an LNG re-gasification system (Hi-ReGAS), an LNG bunkering fuel supply system and an LNG cargo hold.

Clarkson, a British shipbuilding research company, predicted that an average of 60 LNG carriers would be ordered annually by 2027. Hyundai Heavy Industries said an increase in LNG cargo volume and a surge in LNG cargo freight rates sparked off a recent rise in LNG carrier orders.

With the addition of the latest order, the Hyundai Heavy Industries Group has landed orders for a total of 139 vessels worth US$11.8 billion, 90% of its US$13.2 billion order goal for this year.