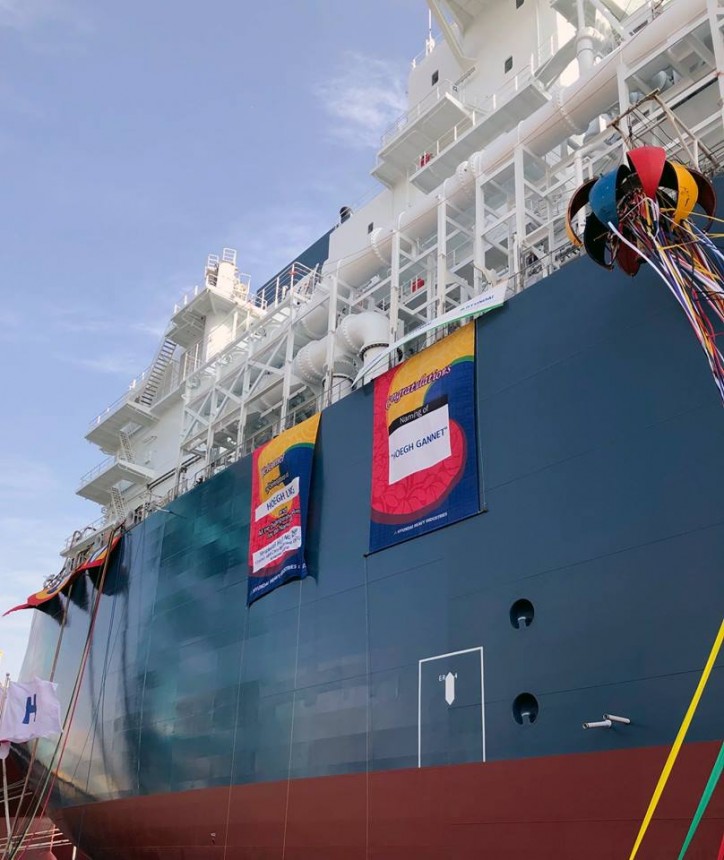 The vessel named Höegh Gannet is the largest capacity FSRU ever built with a capacity of 1 billion cubic feet per day, according to Höegh LNG.

It took only 23 months to build the LNG vessel.

Höegh LNG said in September it would charter the vessel to Spanish LNG player Naturgy.

The time charter, which has a term of 15 months, is expected to start in December.

Under the deal, the FSRU will earn a fixed daily charter rate which is in line with the current medium-term market for DFDE LNG carriers, Höegh LNG previously said.