The super luxury passenger vessel MV Mein Schiff 3 of TUI Cruises (see also CruiseMapper) with 2,430 passengers and 995 crew on board made her maiden call at the Port of Colombo on 26th November 2018. The vessel was welcomed at the East Container Terminal (ECT) of Sri Lank Ports Authority (SLPA). 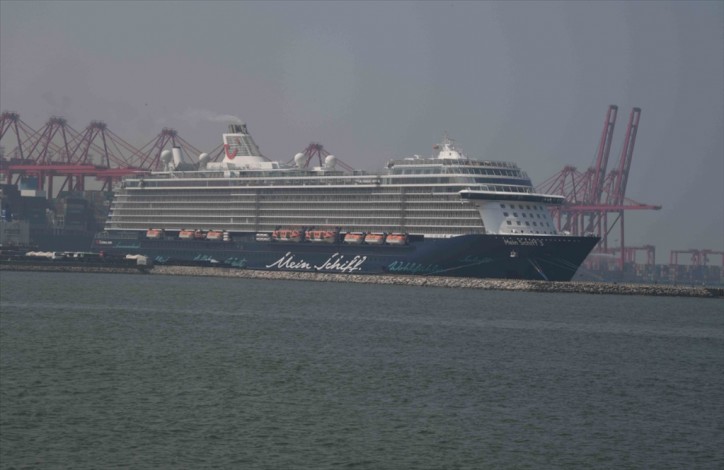 Expressing views at the occasion, the Chairman of Sri Lanka Ports Authority (SLPA) – Dr.Parakrama Dissanayake said that the Port of Colombo was honored by the presence of Mein Schiff 3 in Colombo.

“The Port of Colombo has become an extremely busy port and this year the port also became the fastest growing port in the world in terms of handling containers. The next area we are focusing is the passenger vessels and we have plans to construct a state of the art passenger terminal at the Port of Colombo,” he said.

The concept is for German-speaking customers who opt for a premium cruise experience. Onboard products are custom-tailored for German tastes and encompasses food, entertainment and amenities. German is the main language used onboard their ships.

This ship, Mein Schiff 3 has commenced its voyage from Europe during the month of May. She has touched many ports in Europe over the last couple of months and thereafter cruises towards south Asia thru the Suez canal touching some ports in the UAE.

The vessel that cruises under the flag of Malta called Colombo from Mumbai, India and her next Phuket, Thailand is her next port of call.

Source: Port of Colombo (More information about the port at CruiseMapper)