This year the Port of Riga has experienced a significant increase of timber cargo, which has become the second largest group of cargo in terms of volume. During the first ten months of this year, the port has handled a total of 4.4 million tonnes of various types of timber cargo, one third more than in the previous year. 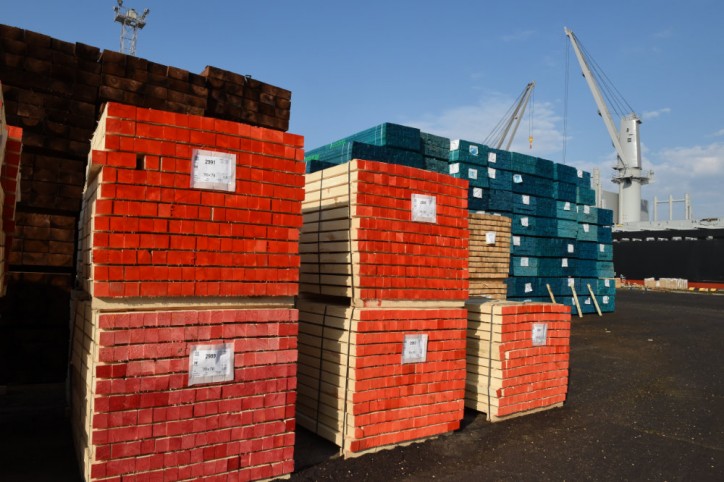 “The increase in timber cargo results from the growing market. Companies which work with various timber products, such as sawn wood, pulpwood or woodchips, currently operate with great intensity. Overall, this has been a very favourable year for the industry. Ports and terminals that work with timber products have also noticed the growth,” says Andis Bunkšis, board member at WT Terminal, one of the largest timber terminals of the Port of Riga.

The volume of timber cargo serviced at the port mainly consists of Latvian export, while some of the cargo comes from Belarus. The key destinations of the timber cargo are in Europe, where the growth of cargo volume is primarily related to the rising demand in Scandinavian countries. In 2017, ships with timber deck cargo went to ports in 20 different states around the world, the majority of which went to the United Kingdom, Sweden, and Denmark.

“There has been a recent growth in the intensity of container traffic. The timber loaded in containers is mainly transported to Asia and Africa”, says Bunkšis.

Despite the fact that loading timber into containers requires a more sophisticated technological process compared with ships, the containerisation of cargo has become an increasingly popular trend in the global freight market. The container flow from Asia to Europe is greater than in the opposite direction. Shipment of empty containers is not beneficial to any of the parties in the logistics chain, therefore sea containers are used to transport not only consumer goods, but also the most diverse piece goods — metal, timber, cars and even goods which traditionally have been transported as bulk cargo, i.e., grain, metal ore, etc.

On the whole, 13 different terminals of the Freeport of Riga have been involved in the processing of timber products by offering impregnation, fumigation, drying, containerisation and other services, in addition to handling and storage.