Leading Mexican offshore contractor Naviera Integral has signed a contract with the Damen Shipyards Group for the delivery of a new Fast Crew Supplier FCS 5009 for delivery in 2019. This will be the fifteenth FCS 5009 to join the Naviera Integral fleet and has been ordered in anticipation of international oil majors commencing operations in the Gulf of Mexico following the recent opening of the area to competition by the outgoing government. 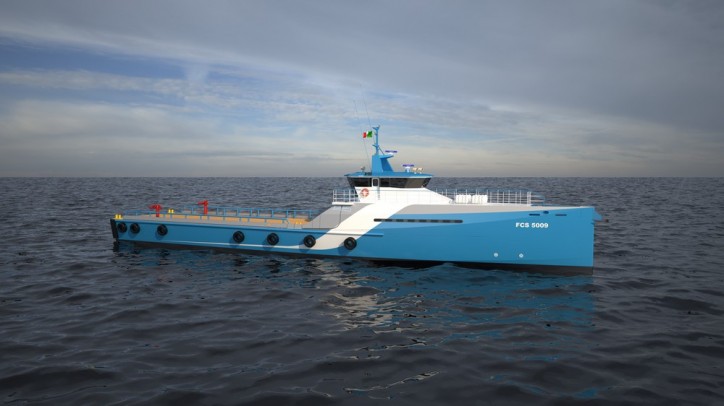 The 50-metre FCS 5009 has been a valuable workhorse for Naviera Integral. The axe-bow design has enabled the company to deliver crews and cargos to offshore installations out in the Gulf rapidly yet comfortably in a wide range of weather conditions. Naviera’s newest addition will come with all the latest updates to the class and will also feature DP2 and FiFi1 capability and Damen’s ‘connected ship’ technology, which will ensure maximum efficiency and minimum downtime.

Following a difficult period for the offshore oil sector in the Gulf of Mexico, as elsewhere, Naviera Integral’s fleet ends 2018 once again fully contracted, due in part to the quality of its vessels and its unrivalled reputation. With the energy reforms initiated by the outgoing government, Naviera Integral anticipates international oil companies entering the local market and bringing with them new sources of demand for reliable, high-quality support services. The new FCS 5009 is its first step in introducing additional resources that will be available to meet their requirements.

Damen and Naviera Integral have worked together for over twenty years and the new vessel will bring the number of Damen vessels flying the Naviera flag to twenty-four. Both companies are family-owned and they share the same values and long-term perspective. In recognition of the close relationship, the contract-signing ceremony was attended by Kommer Damen as well as Mrs. Josien Damen, René Berkvens and Arnout Damen.

The rapid delivery of the FCS 5009 is the result of a stock vessel being available at Damen’s Song Cam shipyard in Vietnam. Following the final fitting out she will depart Vietnam and make the passage to Mexico on her own keel via Hawaii and the Panama Canal.