A scrappy little export commodity at the Port of Oakland is winning the battle against global trade headwinds. The Port said Thursday that scrap paper shipments were up 3 percent in the first 10 months of 2018. 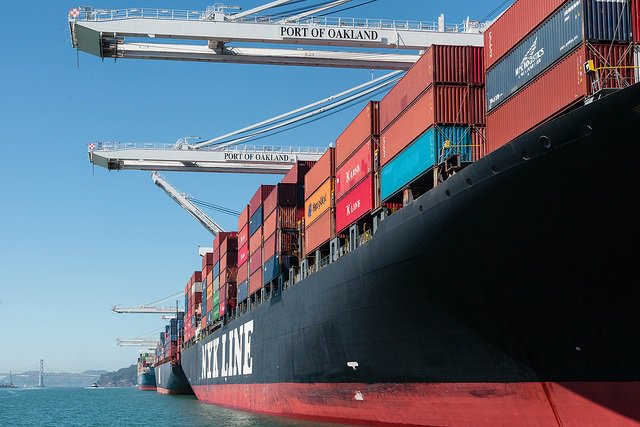 The increase in Oakland’s recyclable paper shipments contrasts with a generally challenging environment for U.S. exports. That’s important because waste paper is the largest export commodity, measured by container volume, shipped from Oakland.

“We can’t be certain if this trend will last, but the figures seem to show that there’s no loss of demand globally,” said Port of Oakland Maritime Director John Driscoll. “It appears that shippers are finding new markets for their scrap paper products.”

The Port said that it shipped the equivalent of 110,400 20-foot containers of wastepaper in 2018 through October. That accounted for nearly 18 percent of Oakland’s total export volume. Port data shows that nearly all the recyclable paper went to Asia.  The product is used primarily to make packaging for billions of dollars of Asian goods exported to the U.S.

Scrap paper shipments have increased this year despite trade pressures that include:

China, Oakland’s No. 1 trade partner, has reduced scrap paper shipments from the Port by 37 percent this year. Neighboring Asian countries have picked up the slack. Oakland scrap exports to Taiwan are up 522 percent in 2018 with shipments to Vietnam up 344 percent.

The Port said scrap metal exports have increased 10 percent in 2018.  It said that shipments of the commodity to China have slumped 43 percent.  That loss has been largely offset by increased shipments to Taiwan, Vietnam and India.