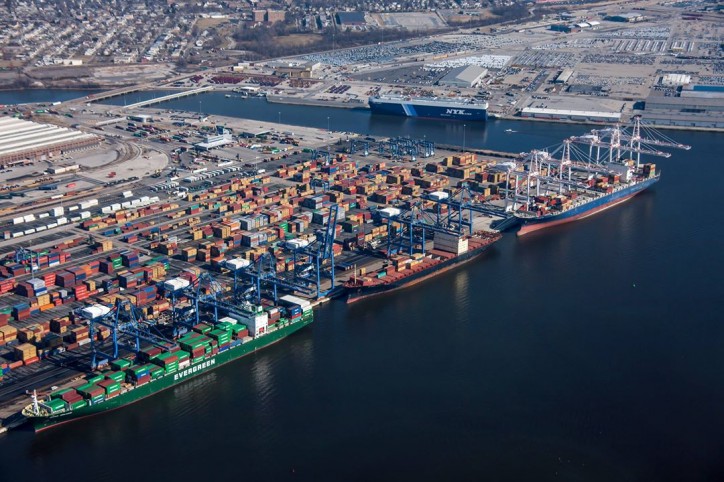 The state of Maryland will contribute $7.8 million and Ports America Chesapeake, which operates the Seagirt Marine Terminal for the MDOT MPA, will add $18.4 million for a total project cost of $32.7 million. The federal funding is from a program called Better Utilizing Investment to Leverage Development (BUILD). Construction is scheduled to begin in the second half of 2019 and should take approximately one year to complete.

“Our administration is committed to expanding Maryland’s transportation network, and these projects will support thousands of new jobs and spur economic growth and development in every corner of our state,” said Governor Larry Hogan. “I want to thank Secretary Elaine Chao and her team at the U.S. Department of Transportation for working with us to get these critical projects moving.”

The Port of Baltimore has seen a significant growth in its container business over the last several years. Last year, a record 596,972 containers made their way across the Port’s piers. Through October 2018, containers are five percent ahead of last year’s record pace.

So far in 2018, the Port’s state-owned marine terminals have established records for:

Among the nation’s ports, the Port of Baltimore ranks first for autos and light trucks, roll on/roll off heavy farm and construction machinery, and imported sugar. The Port ranks second in exported coal. Overall, the Port ranks ninth among all ports for the total dollar value of cargo and 12th in foreign cargo tonnage. Business at the Port of Baltimore generates about 13,650 direct jobs, while about 127,600 jobs in Maryland are linked to Port activities. The Port is responsible for nearly $3 billion in personal wages and salary and $310 million in state and local tax revenues.

Source: Port of Baltimore (Additional information about the port at CruiseMapper)