Crews will begin removing approximately 2 million cubic yards of material this week from shipping channels leading to the Port of Baltimore as part of a contract managed by the U.S. Army Corps of Engineers, Baltimore District.

The work is part of the regular maintenance of the multiple channels that go from the mouth of the Chesapeake Bay in Virginia all the way into Baltimore Harbor that require periodic dredging to ensure continued safe navigation for vessels going in and out of the Port of Baltimore.

This work will involve dredging material from six federal channels in  Maryland waters that are associated with the Port of Baltimore including the Curtis Bay, Craighill Entrance, Craighill Channel,  Craighill Angle, Craighill Upper Range, and Cutoff Angle segments. 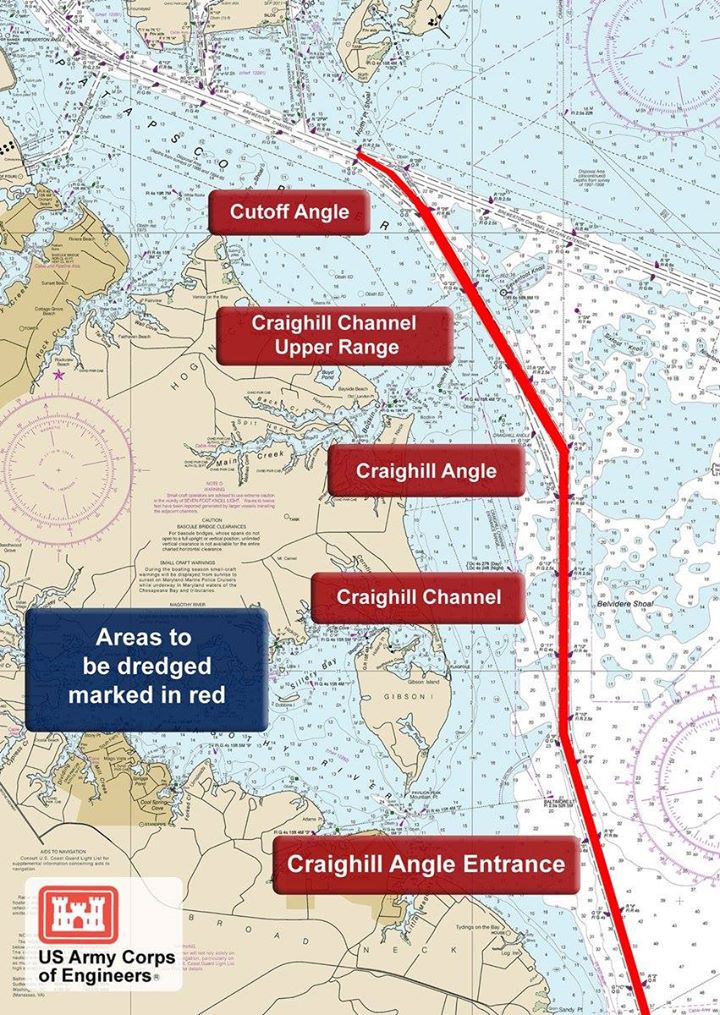 The channels will be dredged to a depth of 51 feet plus one to two feet of allowable overdepth. Work is expected to be completed by early spring 2019.

“Whether people realize it or not, the Port of Baltimore is one of  the key economic engines for Baltimore, the state of Maryland and really  the whole region, and maintaining shipping channels like we’re doing with this work is extremely important,” said Baltimore District  Commander Col. John Litz. “We’re happy to be able to carry out dredging on six channels this year coordinating closely with our partners in the  Maryland Port Administration to maintain the depths of these vital channels and ensure the Port of Baltimore can continue to serve the region.”

The work is being done through a $17.5 million contract that was awarded to Norfolk Dredging of Virginia. 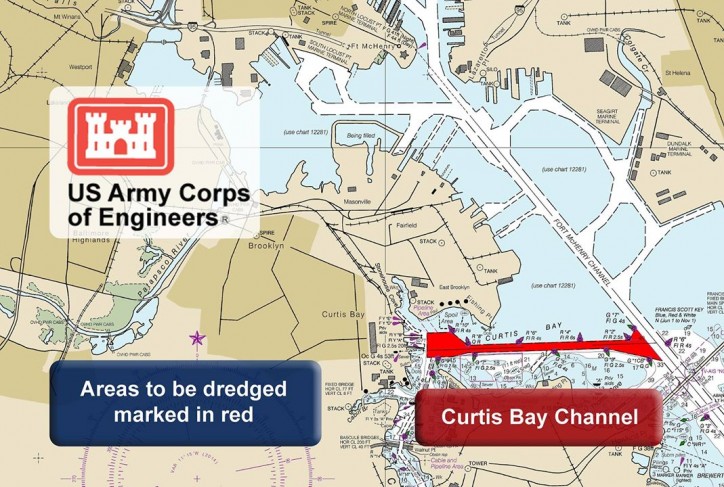 The U.S. Army Corps of Engineers anticipates also awarding an additional dredging contract later this year for the removal of material from the York Spit Channel, an approach channel for the Port of Baltimore in Virginia waters of the Chesapeake Bay.