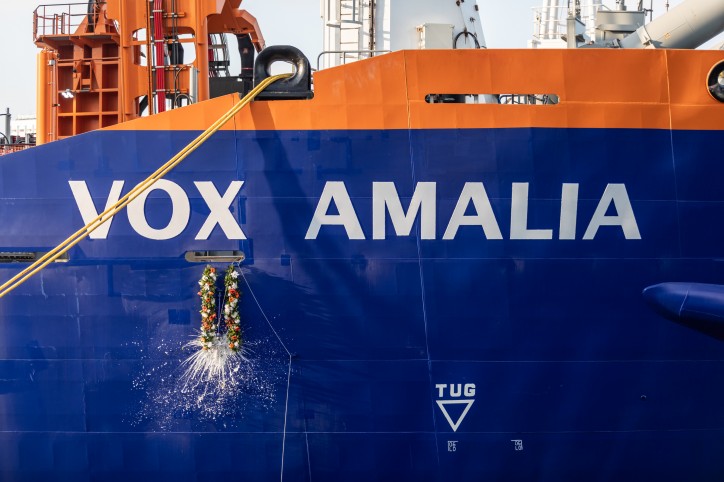 This was also the final event in the celebrations marking Van Oord's 150th anniversary in 2018.

The vessel was moored along Wilhelminakade next to the Cruise Terminal in Rotterdam for this special event. 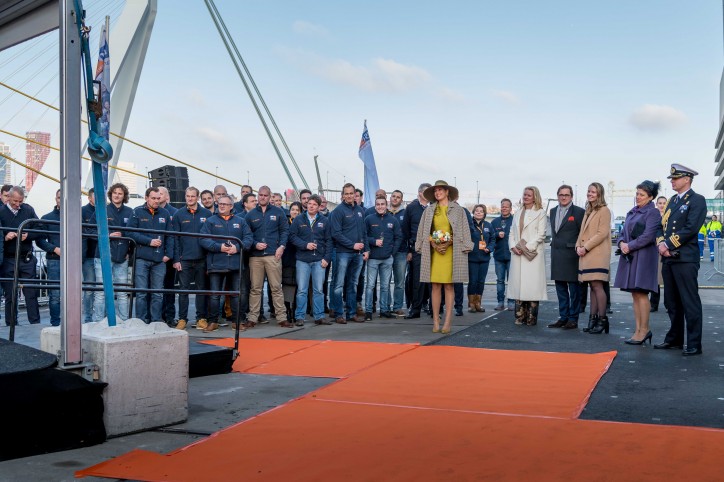 Her Majesty Queen Máxima toured the Vox Amalia and met its crew. She also spoke to the engineers who supervised the vessel’s construction and to a group of youngsters representing Generation Z, the offspring of employees and shareholders, who shared their ideas about a sustainable future. 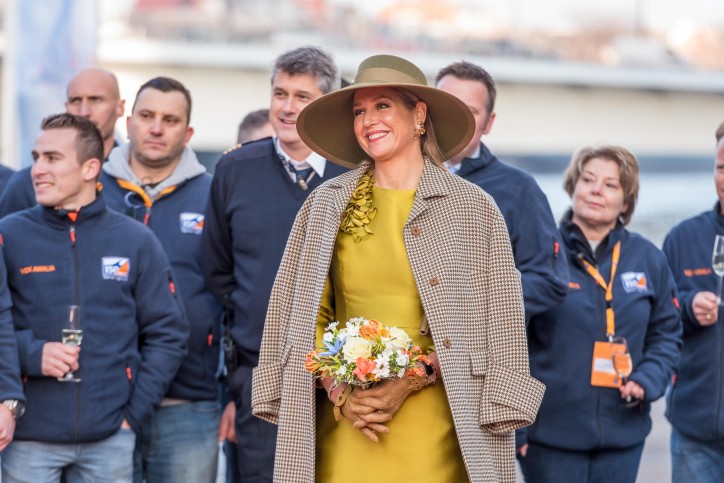 A trailing suction hopper dredger has large, powerful pumps and engines that enable it to dredge sand, clay, sludge and even gravel from sea or river beds.

The Vox Amalia is 158 metres long, 36 metres wide and has a hopper capacity of 18,000 cubic meters. It was built in Spain under Van Oord’s supervision. 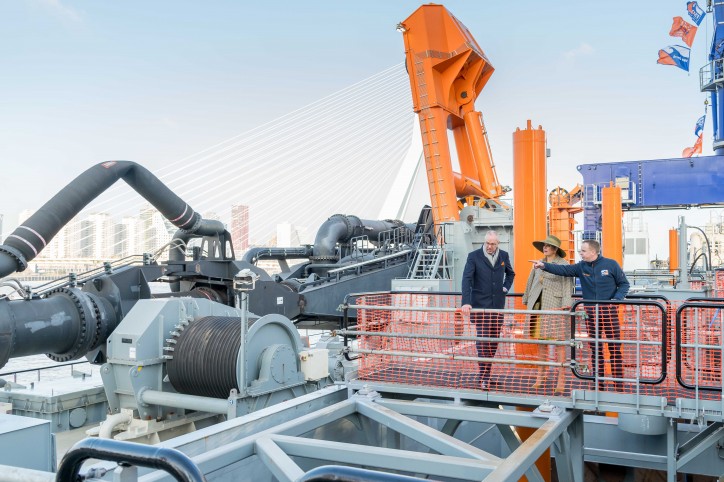 After the christening ceremony, the vessel will undergo trials in the Netherlands and then be deployed on dredging projects worldwide.