Beginning of October, BigLift Barentsz loaded a 11,700 mt Jackup Platform in Flushing, The Netherlands, to bring it to the West of Africa. Within three weeks the Platform was safely delivered to its destination. 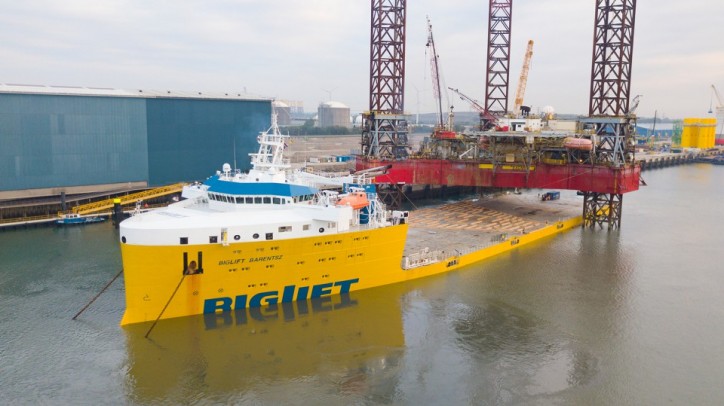 The Jackup platform has an overall breadth of 75 meters and its legs are 133 meters high. BigLift Barentsz was the right vessel for this project. She has a large, flush deck of 125 x 42 metres, with high deck strength and a uniform grid of bulkheads and web frames, all completed with a sophisticated ballast system.

With a very short lead-time – only three weeks between signing contract and starting loading operations – all design and engineering, procurement and construction was completed by the in-house project team. For load spreading purposes, 60 cbm of cribbing wood was securely positioned on BigLift Barentsz deck. 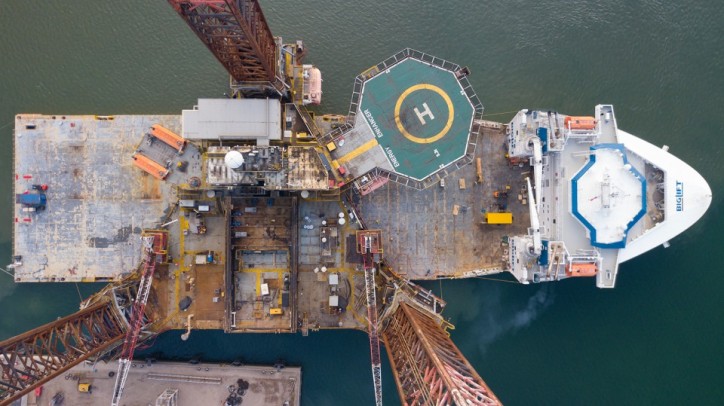 The Platform stood waiting in the water of the port of Flushing, when BigLift Barentsz slowly inched herself underneath with her own engines, two bow anchors, four cross wires from her own winches to the platform and a stern tug. Once BigLift Barentsz’ had been meticulously lined up with the Jackup’s frames, the Platform could safely be lowered to land on BigLift Barentsz deck. 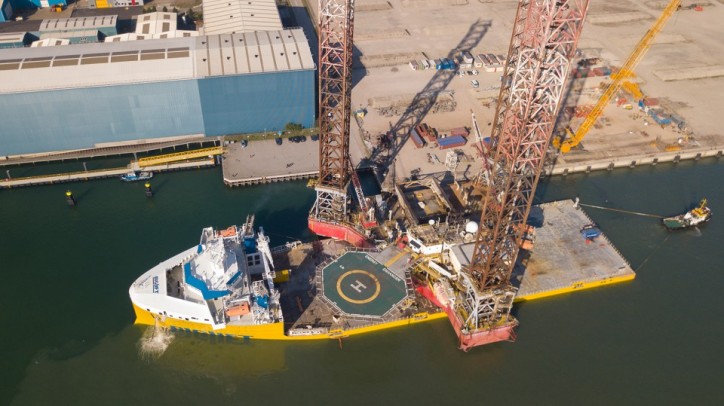 Both the loading and discharge operation were performed within the course of a single day. 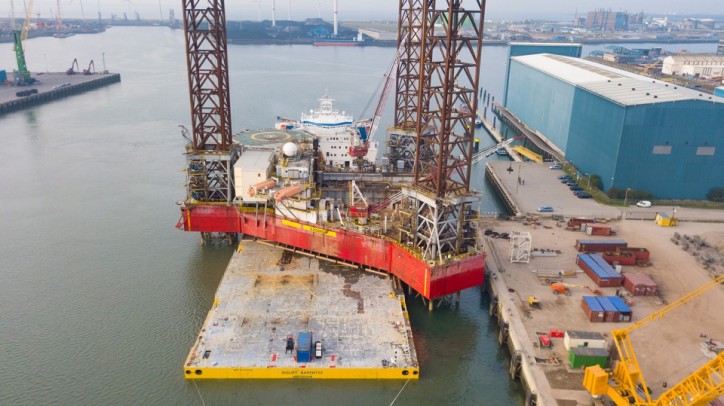