President of Russia Vladimir Putin signed a law defining powers of ROSATOM in development and functioning of the Northern Sea Route (NSR) and adjacent territories. The document is published on the official website of legal information. 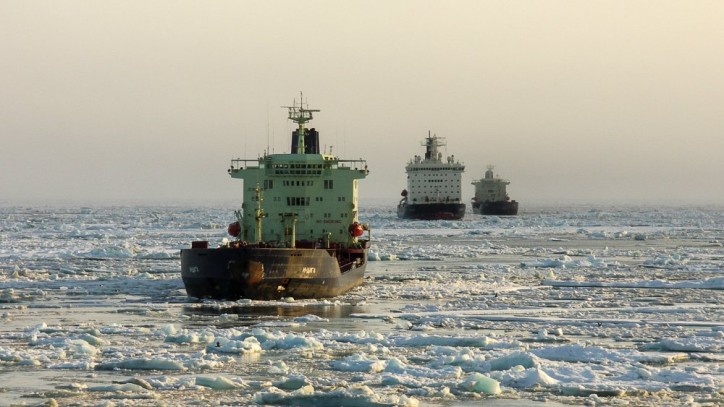 The document says the state-owned corporation has acquired rights to develop proposals on forming the state policy for development and sustainable functioning of NSR. Besides, ROSATOM together with authorized bodies will make navigation viable and safe and accurate in the NSR offshore areas. This work may include hydrographic and topographic surveys.

In addition, the law delegates ROSATOM the authorities of the Chief Controller of Budget Funds, Receiver of Budget Funds, Chief Administer of Budget Revenues and NSR Public State Program for development and sustainable functioning of NRS infrastructure of sea ports, and ensuring of navigation and all-year-round towing of ships via NSR.

After putting the law into force, ROSATOM has to define a subordinate enterprise which is authorized to agree permits to sail via NRS. The state-owned corporation will also realize Russia’s powers of a concessor and sign consession agreements related to infrastructure of sea ports located at the shore of the NRS water space, and design and construct buildings including that of essential ones like capital projects associated with sea port infrastructure located at the shore of NRS water space.