South Korea's Hyundai Heavy Industries Group said Thursday its three arms are seeking to secure combined deals worth US$15.9 billion this year in the shipbuilding segment. 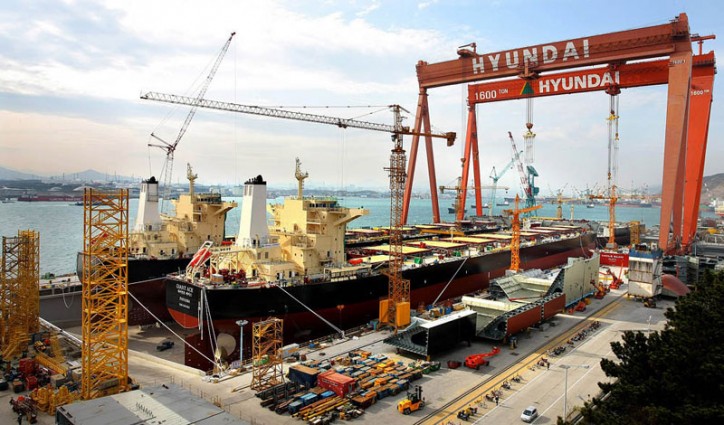 The co-CEOs of Hyundai Heavy Industries said the company will continue making efforts to cut production costs to maintain profitability and return to profit this year.

"As the supply surplus still exists, the number of new orders for ships is limited. Accordingly, we expect hurdles in increasing the cost of ships," the company said in a statement.

Hyundai Heavy Industries added it will seek to cut production costs by adopting the latest technologies to improve productivity, purchasing materials under detailed plans and speeding up construction time.

"We need to spend more for the development of eco-friendly and fuel-efficient ships in order to stay competitive in the future," Daewoo Shipbuilding & Marine Engineering CEO Jung Sung-leep said in his message to employees.

The two shipyards are expected to unveil their own order targets for the year later this month.