ABP welcomes Peterson UK Ltd to the Port of Lowestoft

Peterson UK Limited, a major logistics and service provider to the offshore energy industry, has concluded a new long-term agreement with Associated British Ports (ABP) to establish a new operational and logistics base to the Port of Lowestoft. 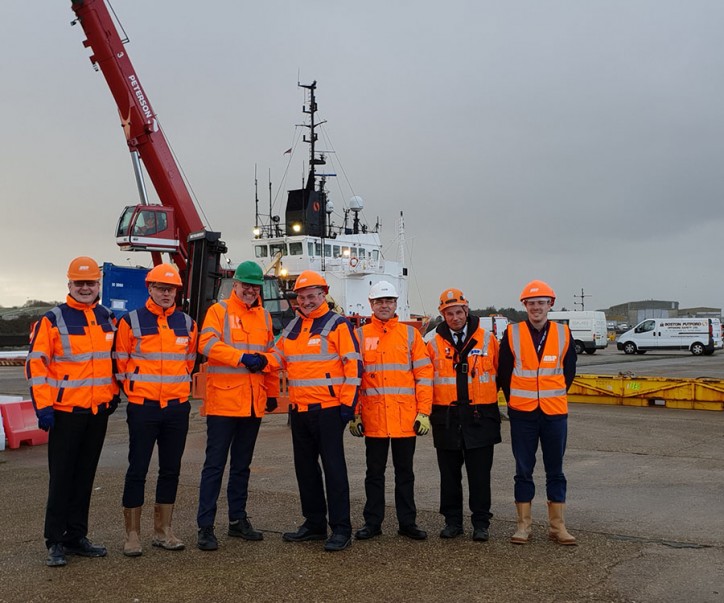 The new agreement will see Peterson operate a wide range of warehouse, cargo and logistic services from the port, including fuel bunkering to support the oil & gas and renewable energy sectors being supplied from their Lowestoft Supply Base.

Paul Smith, Peterson Business Manager East of England, said: “We are delighted to establish a new operations base in the Port of Lowestoft. We have a strong track record in servicing the Southern North Sea from both the UK and Netherlands and the Port of Lowestoft is an ideal location from which to support our existing Southern North Sea customer base and potential new customers. Our move to Lowestoft has been supported by our major stakeholders and we look forward to continuing to work closely with ABP to establish a best in class facility.”

The move by Peterson comes at a time when the Port of Lowestoft is expanding its provision of services to the offshore energy industry, with recent investments by Scottish Power to develop their permanent operations and maintenance base. The agreement will see increased activity in the port’s Inner Harbour and provides a further indication of positive business growth in the port.

Andrew Harston, ABP Director Short Sea Ports, said: “Our team has worked very hard with Peterson to conclude this agreement. We know that Peterson chose the Port of Lowestoft for its vessel handling capabilities and space to grow, as well as ABP’s commitment to continuing investment and the quality of the local management team.

"Peterson has an excellent reputation and our new agreement signifies the next stage of customer growth at the port. We are very proud that they have chosen ABP as their partner and we look forward to supporting their ambitions to develop and grow.”