Last year marked the third consecutive calendar year of record TEU volume for SCPA. The Port moved 199,701 TEUs in December alone, a 9.2 percent increase over December 2017 and the strongest December in SCPA history. 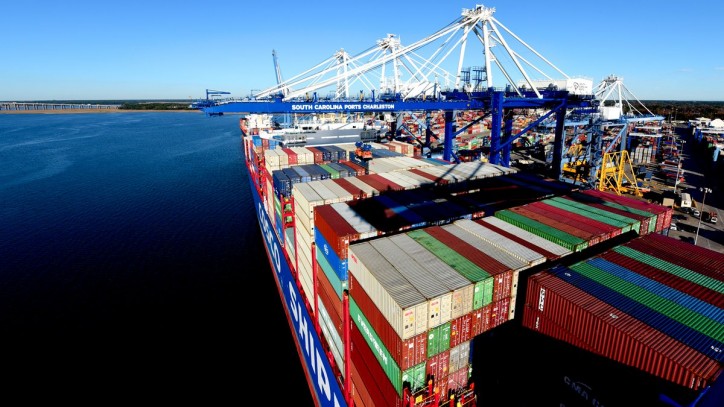 "We are pleased to report our strongest December in history and record-breaking growth of our container business in calendar year 2018,” said SCPA president and CEO Jim Newsome. “January is already off to a strong start, and despite uncertainty in the trade industry we are optimistic that volumes will remain strong as we work to achieve our plans for 4.4 percent growth in fiscal 2019.”

In addition to record-breaking volumes, 2018 marked strong progress of key projects across port facilities. In April SCPA celebrated the opening of a second inland location, Inland Port Dillon, and a few months later the Port completed a nearly three-year effort to strengthen and modernize the Wando Welch Terminal wharf for handling new cranes and bigger ships. Construction of the Leatherman Terminal continued, which will offer important growth capacity for the Port's container business when Phase One opens in 2021.

Dredging work on the Charleston Harbor Deepening Project began in February, and the project was awarded $41.4 million in the U.S. Army Corps of Engineers Fiscal Year 19 Work Plan. With significant completion of the project expected in 2021, Charleston will offer a wide and deep harbor for handling the biggest ships calling East Coast ports to support growth of commerce in the state and region well into the future.

The construction of a new headquarters building for the Port, located adjacent to the Wando Terminal, neared completion in 2018. The facility is scheduled to open later this month.