On Monday the liquefied natural gas (LNG) feeder and bunker vessel Kairos starts its first reload operation in Klaipėda. Next to the German LNG supplier Nauticor one of the ship’s charterers is oil and liquefied natural gas (LNG) terminal operator Klaipėdos Nafta (KN). “Kairos” being the world’s largest LNG bunker vessel will enhance the LNG logistic chain for KN in the Baltic Sea region. 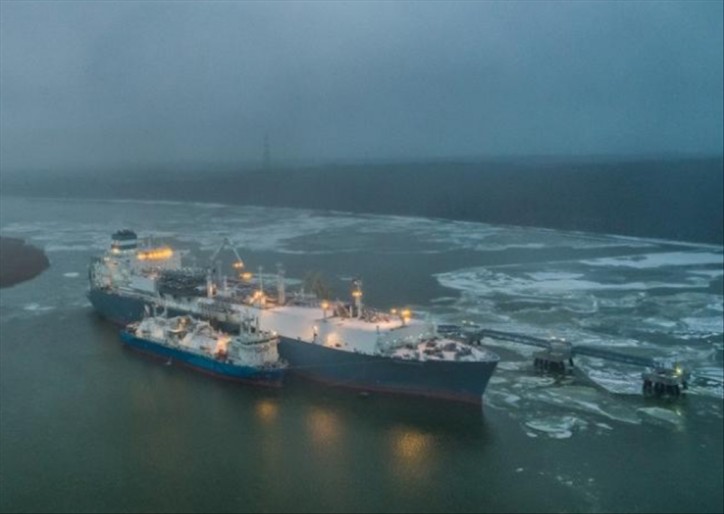 Built at the Hyundai Mipo shipyard in South Korea, the ship has started its voyage to Europe in October 2018 and reached Klaipeda at the middle of December.

The new 117-metre-long vessel, with an LNG capacity of 7,500 m³, in addition to its main purpose, the supply of LNG to different types of marine customers, will be used to load LNG from the FSRU based in the Klaipėda LNG Terminal to the onshore LNG reloading station located at the gateway of the Port of Klaipėda. Today “Kairos” starts its first reload operation in Klaipėda terminal.

“Having launched the operation of “Kairos”, we will assure more competitive service prices for users of the LNG reloading station and position KN as a company offering the whole LNG supply chain to its clients. This will not only reduce the price of the LNG supply chain, but also will assure a smooth and prompt service provision for users of the reloading station,” Mindaugas Jusius, CEO of KN, said.

Chartered by Blue LNG, a joint venture of the Hamburg based leading LNG supplier “Nauticor” with a 90% share and oil and liquefied natural gas (LNG) terminal operator Klaipėdos Nafta (KN) with a 10% share, the ship is owned by „Babcock Schulte Energy“ (BSE).

“Kairos” is expected to enter the Klaipėda port at least once per two months and to perform LNG reloading operations there. For the remaining time the vessel will be used by German company “Nauticor”, which is planning to use the vessel to supply LNG to various marine customers as well as LNG terminals in the North Sea and Baltic Sea area.

“Kairos” is the world’s largest LNG bunker supply vessel and has several other unique features, including a ballast-free design and installation of a compressed natural gas tank to store vapour return gas from customer vessels.

The emergence of new feeder and bunker vessels enhances the competitiveness and accessibility of the LNG market of the region. The LNG reloading station, which launched its activities at the end of last year, allows a more efficient use of the LNG terminal. The possibility for bunkering LNG-powered vessels from the reloading station, loading small-sized cargoes to vessels and semitrailers assures an extensive LNG supply chain across the whole region thus creating added value for Lithuania.

The LNG bunkering and reloading infrastructure will be of high relevance in 2020, when global restrictions will be imposed on emissions of sulphur dioxide from shipping to the atmosphere. Merchant vessels using heavy fuel oil will have to search for more ecological alternatives, out of which LNG is considered to be one of the most efficient.

According to the data of the consulting agency DNV GL, there are 132 LNG powered vessels in the world, and the same number has been ordered to be constructed by 2022. The majority of these vessels will operate in the Baltic and the Northern Seas.

Source: KN (Additional information about the Port of Klaipeda at CruiseMapper)