The Marco Polo container ship, with a capacity of nearly 17,000 TEUs, docked at the Cai Mep International Terminal (CMIT) in the southern province of Ba Ria – Vung Tau on January 11. 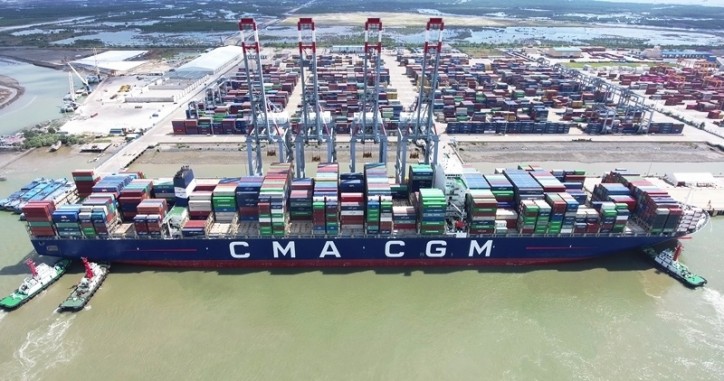 The event is among the highlight of Vietnam’s marine sector in 2019.

A marine route connecting the CMIT to the Northern European market using this kind of ship was inaugurated on the occasion. 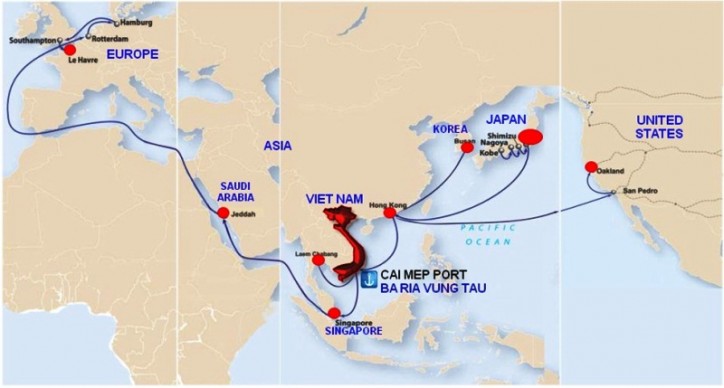 The 187,000-tonne vessel, owned by France’s CMA CGM group, is one of the world’s largest container ships used to ship cargo from Vietnam to other countries.

The CMIT is among major ports in the Cai Mep – Thi Vai Port of Ba Ria – Vung Tau province. In May 2018, the Ministry of Transport and the Vietnam Maritime Administration approved the CMIT to accommodate ships with capacity of up to 194,000 tonnes.