The Port of Everett has achieved another vital step in reducing congestion on the I-5 corridor while moving more freight in the region. The Port was notified this month that it received designation by the U.S. Secretary of Transportation as a Federal Maritime Administration Marine Highway Project for the Puget Sound Container on Barge Service under the America’s Marine Highway Program. 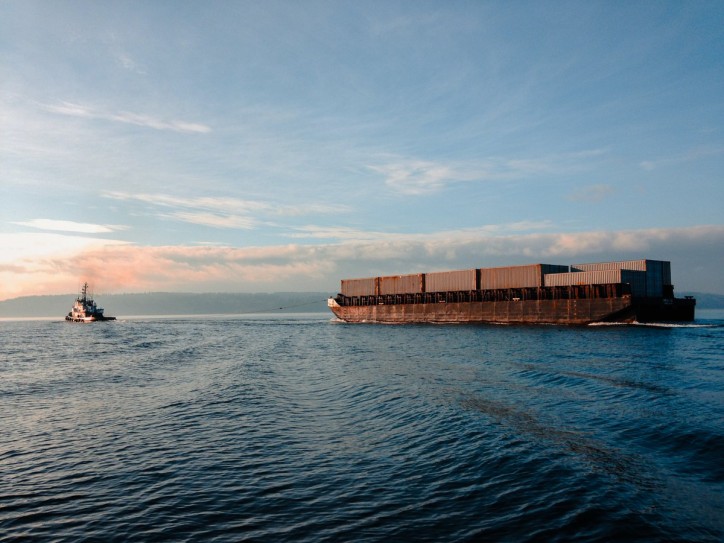 The Port is one of 25 marine highway projects in the nation, and the only marine project designation on the West Coast. The designation makes the Port eligible for future grant funding from the Marine Highway Grant Program to fund infrastructure improvements or equipment to enhance the Port’s ability to expand barge service along the Puget Sound marine corridor.

“This service highlights the importance of expanding waterborne options that can relieve congestion on local roads and rail networks while introducing additional resiliency that is vital to our Nation’s transportation system,” said Catherine Simons, Legislative Affairs Specialist in the U.S. Department of Transportation’s Maritime Administration. “With anticipated regional growth specifically, and in our nation broadly, there is expected to be significant growth in freight volumes, requiring transportation alternatives for shippers. Our nation’s vast network of inland waterways and coastal routes has substantial excess capacity that can absorb growth.”

The Port of Everett currently offers Container on Barge service from its shipping terminals in Everett to the Mount Baker Terminal. This service is limited to the aerospace industry, however. The new designation will allow the port to ship non-aerospace containerized freight via the marine highway from Everett to the Ports of Seattle and Tacoma, removing as many as 300 containers per month from the I-5 corridor. The I-5 corridor through Everett leads the nation in traffic congestion.

“We always support opportunities to get trucks off highways,” said Don Esterbrook, Deputy CEO of The Northwest Seaport Alliance. “This designation has the potential to provide value for our exporters by facilitating better turn times.”

When the modernization of the South Terminal is completed next year, the Port will be prepared for post-Panamax vessels, a perfect fit for this new opportunity in short-sea shipping.

The Port has extensive experience with Container on Barge transportation. Barge transportation of 777 parts for The Boeing Company began in 1993. By 2008 the Port was shipping aerospace cargo by barge to the Mount Baker Terminal, eliminating the need for BNSF mainline closures caused by oversized aerospace shipments. Additionally, 70% of the empty containers are sent by barge to the Northwest Seaport Alliance terminals in Seattle and Tacoma to be returned to Japan.

“We are very happy to receive this federal designation, both for the new market opportunities it will open up, and for the relief it will provide to our already congested mainland highways,” Port of Everett CEO Les Reardanz said.