Taiwanese container ship operator Evergreen has added its second and third ultra-large container ships to its fleet with the delivery of the Ever Gifted and Ever Grade from the Japanese shipyard at Imabari. 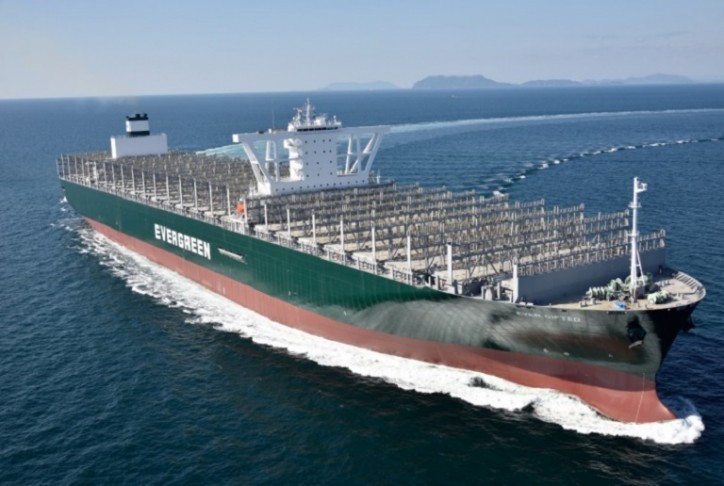 The two sister ships will join the Ever Golden in the China-Europe-Mediterranean (CEM) trades operated by the Ocean Alliance. All three vessels have a nominal capacity of 20,150 twenty-foot equivalent units (TEU). The 400-meter-long ships have power-points for 1,300 reefer containers and will offer significant economies of scale to the line.

The ships will operate as part of the CEM service out of North China, via Shanghai, Colombo and the Suez Canal to the Mediterranean, Felixstowe, Rotterdam and Hamburg.

An Evergreen official said, "These ships will replace 14,000 TEU vessels currently operating in the Asia to Europe service and they will increase the weekly capacity by a further 6,000 TEU each."

The new ships are part of an 11-vessel order of similar ships contracted by Evergreen from Japan's Imabari yard in 2015, with the remaining ships expected to be delivered over the course of this year.

Evergreen is a member of the 323-vessel Ocean Alliance, which was formed in the spring of 2017. The alliance includes French line CMA CGM, COSCO Container Lines, and Orient and Overseas Container Lines.

Singapore-based Synergy Group will manage the new vessels. Synergy manages over 200 ships in its fleet, which range from container ships to very large ethane carriers.

Captain Rajesh Unni, CEO and founder of said, the vessels are "The most efficient, enviro-friendly and impressive vessels deployed across Evergreen's service network. They offer fuel-efficient head-haul options and slow steaming variations on backhauls. We are absolutely delighted to have been entrusted with their safe operation."