Seaspan has awarded a major contract to L3 MAPPS, one of several expected for Canadian companies for work on the Joint Support Ships

Seaspan Shipyards (Seaspan) has awarded L3 MAPPS a contract for work on Canada’s new Joint Support Ships (JSS). The award is one of several to be announced for Canadian suppliers supporting Seaspan’s work on naval supply ships under the National Shipbuilding Strategy (NSS). This work will contribute to Seaspan fulfilling its Industrial and Technological Benefits Policy commitments. 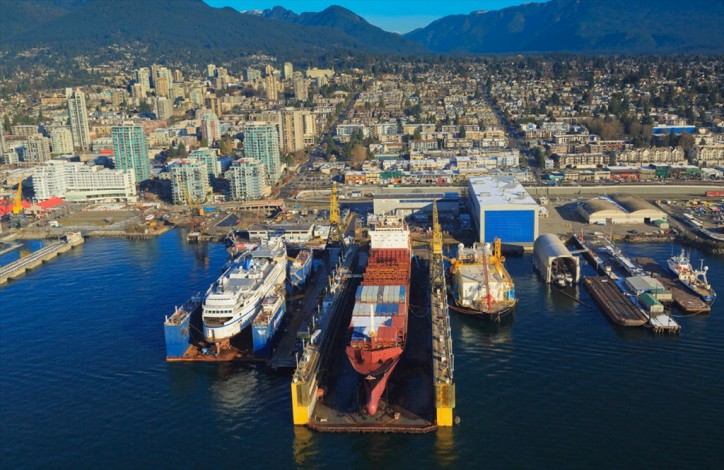 Based in Montreal, L3 MAPPS will provide the globally deployed Integrated Platform Management System (IPMS) for JSS. The IPMS will use advanced computer-based technology to control and monitor platform machinery and systems on board JSS, including advanced functionality, such as the battle damage control system, onboard training system, equipment health monitoring and other new IPMS capabilities.

L3 MAPPS has a long-standing relationship with the Royal Canadian Navy (RCN) spanning over 35 years. The company plays a major role as a Tier 1 supplier in the Halifax Class Frigate Upgrade program and has leveraged its participation on RCN vessels to pursue and win export opportunities in support of more than 20 navies.

Thanks to its work under the NSS, to date Seaspan has issued over $690M in committed contracts with approximately 540 Canadian companies. As the company continues to make progress on its NSS commitments, this supply chain is expected to grow as more Canadian companies are engaged in the shipbuilding industry. It is through its work on the NSS that Seaspan is directly and indirectly helping to employ thousands of Canadians from coast to coast.

“The National Shipbuilding Strategy is creating opportunities for Canadian suppliers and contractors, while at the same time, supporting the creation of highly-skilled jobs for the Canadian middle-class. Seaspan’s contract with L3 MAPPS is an excellent example of how the Industrial and Technological Benefits Policy is growing our economy through strengthening key industrial capabilities in Canada.” - The Honourable Navdeep Bains, Minister of Industry, Science, and Economic Development

“Our National Shipbuilding Strategy is helping to build a strong, sustainable marine sector in Canada and providing our women and men in the Royal Canadian Navy with the equipment they need to do their jobs. This contract award is an example of how the Strategy is providing business opportunities for companies of all sizes and supporting Canadian innovations and ingenuity.” - The Honourable Carla Qualtrough, Minister of Public Services and Procurement and Accessibility

“The National Shipbuilding Strategy is drawing on the expertise of Canadian suppliers from across Canada. L3 MAPPS’ innovative work on the Joint Support Ship program demonstrates the capabilities of the domestic supply chain that Seaspan Shipyards is building while creating highly-skilled, middle class jobs for Canadians.” - Mark Lamarre, Chief Executive Officer, Seaspan Shipyards

“We are pleased to be awarded the contract to deliver the Integrated Platform Management System (IPMS) for the Royal Canadian Navy’s (RCN) new Joint Support Ships (JSS) currently under construction at Seaspan’s Vancouver Shipyards. L3 MAPPS’ technology will enhance the operational effectiveness of JSS and make it a safer vessel for its crew, other RCN sailors, and the environment. L3 MAPPS pioneered the development and evolution of the modern IPMS and is a world leader in the supply of automation and control systems, as well as turnkey training solutions for naval vessels. We are proud to be a supplier to the RCN and of our partnership with Seaspan under the National Shipbuilding Strategy.” - Rangesh Kasturi, President, L3 MAPPS