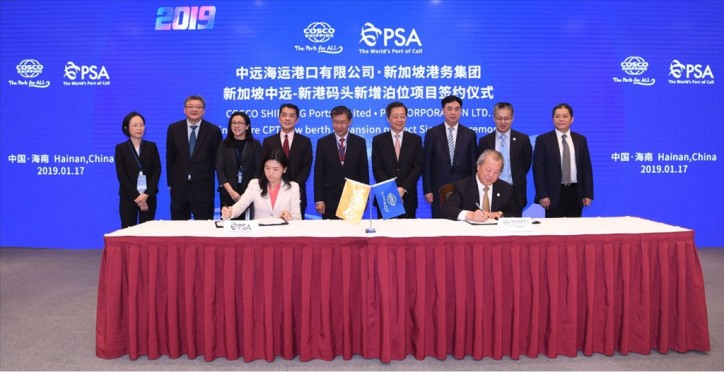 The two new berths have commenced official operation from 1 January 2019 and enabled CPT to equip with five mega-vessel berths, increased its annual handling capacity from previously 3 million TEUs to about 5 million TEUs.

The new berths further strengthened CSP’s presence in Singapore, and support the needs of COSCO SHIPPING group with the advent of mega-vessels and mega-alliances in the shipping industry. Established in 2003, the joint venture terminal by COSCO SHIPPING Ports and PSA has served as a major hub for container shipping in the region.