Italian firm Saipem, one of the Prime Contractors for ExxonMobil Guyana and its joint venture partners HESS and CNOOC Nexen, has brought in its second shipment of 2,684 pipes for the Liza Phase One project timetabled to commence production by 2020 at a rate of 120,000 barrels of oil per day (BOPD). 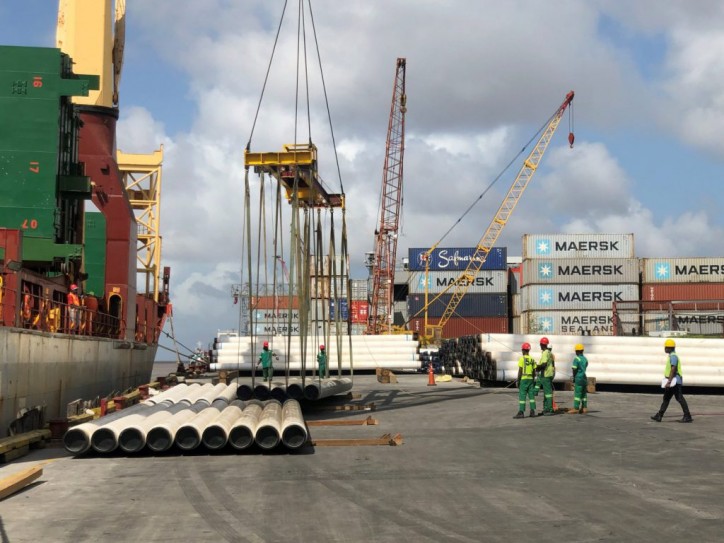 Saipem, one of the global leaders in drilling services, is ExxonMobil’s prime contractor for subsea installation services. The pipelines arrived on January 14, 2019 in Port Georgetown and are the second of multiple shipments which adds to the 1,519 pieces of pipe which arrived in December 2018.

According to ExxonMobil, the delivery consists of oil production flowlines and gas and water reinjection pipes. “These pipes will be laid on the seafloor at the Liza Phase One Development offshore Guyana,” ExxonMobil said via its Facebook page. It said that the pipes will be stored in Georgetown before being taken offshore in the second quarter of 2019 to be installed by the Saipem FDS2 pipe-laying vessel. 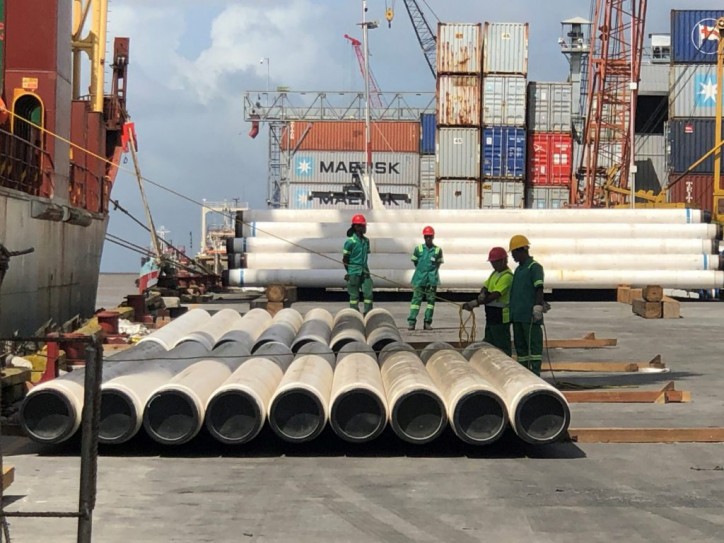 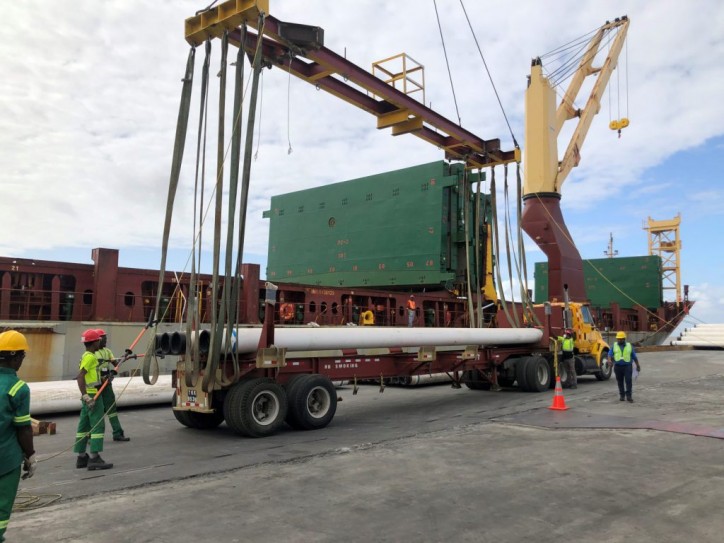 To support its execution of these contracts, Saipem’s local office has invited local companies to express interest in providing a range of services, including fabrication, sandblasting and painting and scaffolding.

Liza Phase Two has a larger number of wells and related subsea equipment than its predecessor and will produce an estimated 220,000 BOPD by 2022.