On January 26, 2019 FESCO diesel-electric ship “Vasiliy Golovnin” left the port of Cape Town (Republic of South Africa) and started the project of supplying the Indian research stations in Antarctica till April 2019. 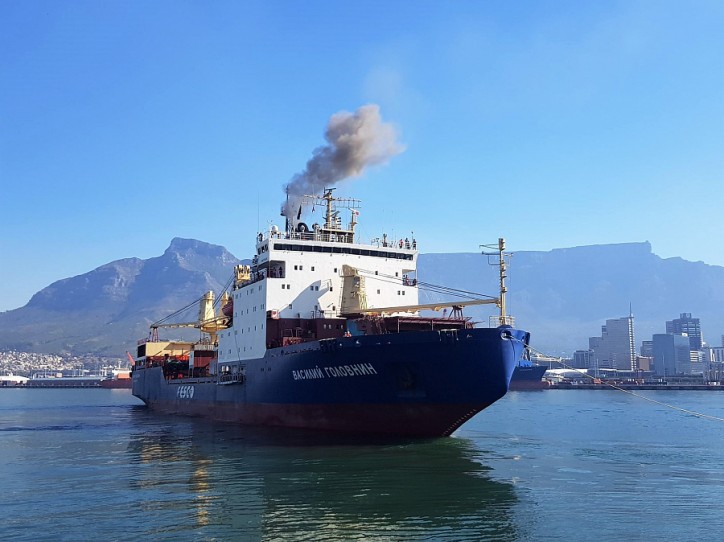 From 13 till 25 January, 2019 the diesel-electric ship loaded 1 066 tons of cargoes, including equipment, fuel and food. In addition to the delivery of necessary goods, the vessel will provide the export of household and technical waste from the stations. On board of FESCO ice-breaker cargo ship there are two helicopters for ice aerial reconnaissance and a self-propelled barge for unloading onto an unequipped coast. Also “Vasiliy Golovnin” is to deliver to Antarctica a new shift of Indian polar explorers, who will change the researchers working at the stations now.

FESCO diesel-electric ship will make the first vessel call at the station Bharati, then follow to Maitri. 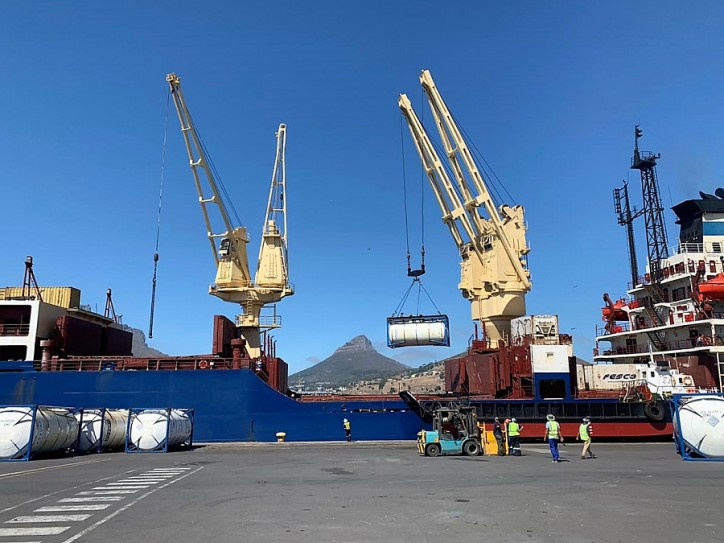 During the stay in the port of South Africa, FESCO ship was visited by Mr. Vitaly Soldatenkov, the Consul of the Consulate General of the Russian Federation in Cape Town.

The charter between FESCO and the National Centre for Polar and Ocean Research (NCPOR) for supplying Antarctic stations was signed in October 2018. In preparation for this project, repair works were held on the vessel and additional equipment was installed. 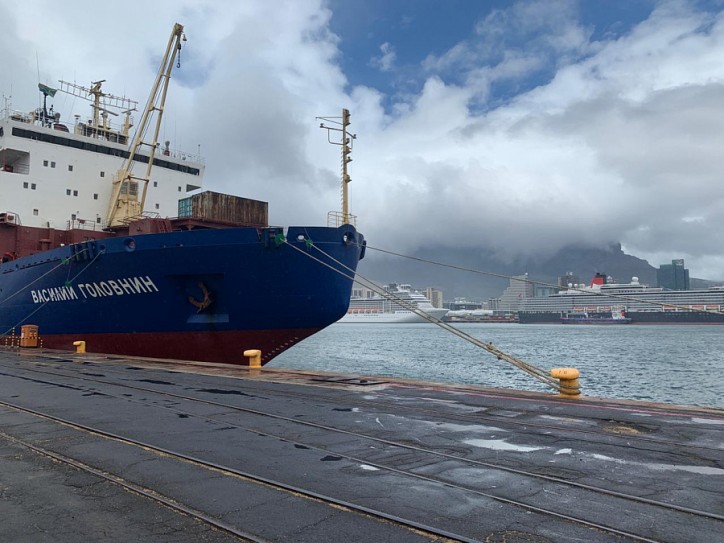 Operational readiness of “Vasiliy Golovnin” to this polar expedition is confirmed by the Instruction on operating in polar waters, given by the Russian Maritime Register of Shipping. In addition, FESCO received a Permit to carry out activities in Antarctica issued by The Ministry of Natural Resources and Environment of the Russian Federation.

FESCO has extensive experience in Antarctica and has repeatedly participated in government projects for supplying the Chilean and Argentine polar research stations. For 60 years of work at the polar stations, FESCO crews loaded and unloaded cargo onto the ice and unequipped shore, the majority of these cargo operations were the most difficult and unique ones.

Source: FESCO (Additional information about the Port of Cape Town at CruiseMapper)